We are delighted to report that senior musical theatre major Eric Geil will join the national tour of The Book of Mormon as Elder Church beginning May 12, 2015!

Originally from Kansas City, Missouri, Geil has been seen at Cardinal Stage as Enjolras in Les Misérables, at Musical Theater Heritage in Gypsy, and at Kansas City Starlight in The Sound of Music.

Geil’s CCM credits include Marius in Les Misérables, Tommy Ross in Carrie, Frankie Epps in Parade and in the companies of Legally Blonde, Spring Awakening, The Civil War, Street Scene and Chess.

Geil was a featured vocalist in the 2014 Fort Wayne Philharmonic Holiday Pops Concert. He is a proud member of AEA.

The League of Cincinnati Theatres (LCT) held its annual award ceremony on Monday, May 20, and we are happy to report that CCM productions took home an impressive six major awards for Excellence in Theatre!

Berg discusses his career at length with Rafael de Acha and provides a preview of what audiences can expect from CCM Musical Theatre during the 2013-14 performance season! 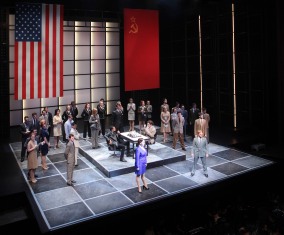 Hanson’s lighting design for CCM’s Fall 2012 Mainstage Series production of Chess took the title in this third annual competition, which offers a valuable prize package of lighting software and literature.

The Student Lighting Design Competition is sponsored by lighting technology companies City Theatrical, Nemetschek Vectorworks and Field Template Soft Symbols, and is judged by leading experts in the lighting design field and developers of the software entrants must use to create their design entries. Visit iSquint.net to learn more about this competition.

Congratulations to Alan on this exciting award!

Loosely based on the lives of chess grandmasters Bobby Fischer and Anatoly Karpov, Chess involves a romantic triangle between two top players (an American and a Russian) and the woman who manages one and falls in love with the other.

Read more of Demaline’s review after the jump.

Theatre critic Rick Pender reviews Chess in today’s CityBeat Stage Door blog: “The story is set in Bangkok and Budapest during a mid-1970s world chess championship — and it’s driven by gamesmanship between nations, between lovers and, of course, between chess players. I saw the opening on Thursday, and it’s a BIG show with a gigantic cast. Several leading roles are double cast (with more juniors than seniors, in fact, which bodes well for CCM productions for this season and next). In particular, Matthew Paul Hill, playing the Russian grand master Anatoly, lifted the roof of Corbett Auditorium with his powerful baritone voice singing the stirring ‘Anthem,’ the Act 1 finale.”

CityBeat’s Rick Pender writes, “Our local theater scene is enhanced considerably by works presented on the stages at universities: Tonight through Sunday, CCM’s esteemed musical theater program is offering CHESS, with music by ABBA’s Björn Ulvaeus and Benny Andersson. The story is set in Bangkok and Budapest during a 1972 chess championship — which is about conflict between nations, between lovers and, of course, between chess players. Director Aubrey Berg says, “The action plays out in a world of spies, counter-agents and superpowers vying for supremacy.”

Tickets are still available for this acclaimed rock musical!

Check out the original music video for “One Night in Bangkok” from the 1984 Chess concept album below: 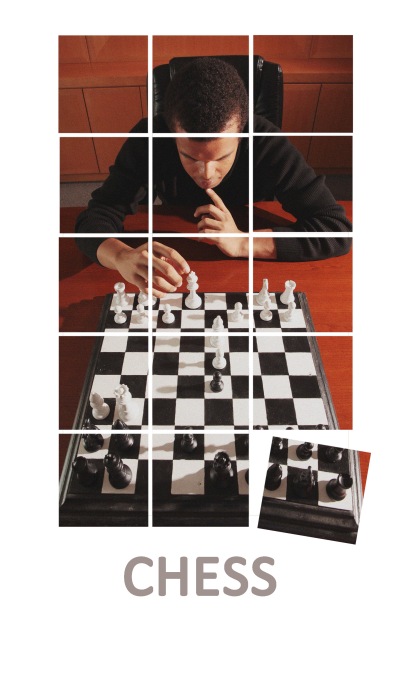 CCM proudly presents the acclaimed rock opera Chess as the next installment in this year’s Mainstage Series. Featuring music by Björn Ulvaeus and Benny Andersson (of the Swedish rock group ABBA) with lyrics by Golden Globe, Tony, Grammy and Academy Award-winner Tim Rice (of Jesus Christ Superstar, Evita, The Lion King and more), Chess has what Time magazine calls “one of the best rock scores ever produced.” Directed by Aubrey Berg with musical direction by Stephen Goers, choreography by Diane Lala, scenic design by Mark Halpin and costumes by Rebecca Senske, Chess runs Oct. 25-28 in UC’s Corbett Auditorium.