This weekend is your final chance to see CCM Drama‘s co-production of the Tony Award-winning comedy Boeing Boeing with the Carnegie in Covington, Ky. Directed by CCM’s new Assistant Professor of Drama Brant Russell, this production runs through Sunday, Nov. 24.

Cincy Whimsy calls the show, “Quite possibly the most humorous play you will see all year” and the Adventure Mom Blog calls Boeing Boeing, “the perfect play to see after a stressful week.” Tickets are on sale now!

How does one man stay secretly engaged to three sexy flight attendant fiancées at the same time? Make sure they work for different international airlines. Make sure to know the flight timetables. And make sure it’s the ’60s.

This fall, the Department of Drama at the University of Cincinnati College-Conservatory of Music (CCM Drama) and the Carnegie Visual and Performing Arts Center proudly present the Tony Award-winning comedy Boeing Boeing, playing weekends Nov. 8-24 at the Carnegie in Covington, Ky. The production is directed by CCM’s new Assistant Professor of Drama Brant Russell in his Greater Cincinnati debut.

The comedy has Bernard engaged to Gloria. And to Gabriella. And to Gretchen. Three beautiful flight attendants kept secret from each other only by Bernard’s precise timetables of flights in and out of Paris. But when Boeing invents a faster engine, Bernard’s three foxy fiancées converge on his flat at the same time, igniting a mad dash of hidden women and nick-of-time maneuvers as Bernard tries desperately to save his perfect bachelor fantasy.

Throw in a surprise visit by Bernard’s amorous old school chum, Robert, and the reluctant housekeeper Berthe, and the New York Times writes that Boeing Boeing “soars right out of its time zone and into some unpolluted stratosphere of classic physical comedy.” 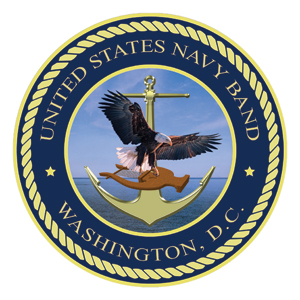 The CCM Tribunal presents the United States Navy Band for one night only as part of their national tour. This free concert will be held at 8 p.m. on Tuesday, March 27, in Corbett Auditorium on the University of Cincinnati campus.