We are happy to report that CCM alumnus Josh Prince (BFA, 1996) has been nominated for a Fred and Adele Astaire Award in the category of Outstanding Choreographer for a Broadway Show for his work on the new musical Beautiful: The Carol King Musical. This prestigious award honors excellence in dance and choreography on Broadway and in film.

Prince is the latest in a long line of CCM alumni who have been both nominees and winners of this award:

The 32nd annual Astaire Awards will be presented on June 2 at New York University’s Skirball Center for the Performing Arts. 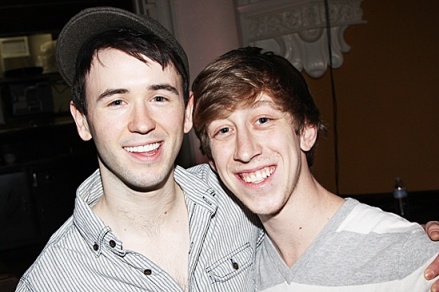 Musical Theatre alumnus Ryan Breslin is a nominee for the 30th Annual Fred & Adele Astaire Award, which honors excellence in dance on Broadway and film. Breslin is nominated as Outstanding Male Dancer in a Broadway Musical for his work in the Disney production of Newsies. Congratulations!

Watch Breslin discuss his role in Newsies below:

The 2012 Astaire Awards will be held on June 4 at NYU’s Skirball Center for the Performing Arts. Watch footage of Breslin from CCM’s 2011 production of RENT after the jump!