Electronic Media majors Tim Young and Elliot Feltner filmed Standard Definition with their classmates for a school project last spring. Now it will be shown alongside 216 short films from around the world.

Last spring, former University of Cincinnati students Tim Young and Elliot Feltner created a short film for their capstone class that any aspiring filmmaker can relate to. The comedic story focuses on two Cincinnati-based film students who argue about the necessity of spending money on film projects — until they find a magical camera that makes everything it captures appear beautiful.

Nearly a year later, Young and Feltner’s Standard Definition is set to be screened at the 2017 Cleveland International Film Festival.

“It is unreal that our film was chosen to be screened at the Cleveland International Film Festival,” Young said. “When we first started shooting and cutting it together, we had no plans to enter it into any festivals. We just wanted to make something that we could be proud of and show to our friends and families.”

The 41-year-old film festival will screen 200 feature films and 216 short films from 71 countries between March 29 and April 9. Standard Definition will play at the festival on April 6.

Roommates Young and Feltner were enrolled in the Electronic Media program at UC’s College-Conservatory of Music when they filmed Standard Definition for Kevin Burke’s “Advanced Video Production” capstone course. They both graduated with bachelor of fine arts degrees in 2016.

They had to present Burke with a pre-production plan and a list of group members before the class began, which helped ease the filming process. “Once the class started in January, we had all of the tools necessary to start filming,” said Young, director and co-producer of Standard Definition.

The two film students enlisted help from fellow e-media majors Fritz Pape, Katie Laird and Yiyang Xu, and from other programs across CCM. Lead actors Chris Collins-Pisano, Ben Biggers and Raven Thomas are all 2016 graduates of the Musical Theatre program.

Young was the teaching assistant in Biggers and Collins-Pisano’s “Acting for the Camera” class, taught by Robert Pavlovich. The group applied the acting techniques they learned in class while working on the film, Young said.

“I couldn’t have made the film without the help of our other group members,” Young said. “This project was a collaborative effort, and the film would not exist without them. We had a small crew to make this film compared to others, but the people in our group are so skilled and multi-talented that we were able to pull it off.”

The short film debuted at Tangeman University Center’s MainStreet Cinema last spring and received an “incredible response from the audience,” Young said. They worked with Burke as well as professors Kristyn Benedyk and Matt Irvine from UC’s Digital Media Collaborative program to submit Standard Definition to a handful of festivals and will continue to do so throughout the coming months.

Not everything came easy for the filmmakers, though. In August 2016, Feltner was in a severe car crash on Interstate 75, caused by a man who was later indicted on a charge of driving under the influence of illegal drugs.

Feltner, who had been an avid amateur inline skater as well as a filmmaker, barely escaped the ordeal with his life. He was injured so badly that he technically died twice, and police were dispatched to his parents’ home to notify them of their son’s death. However, due to quick medical care from nurses who happened to witness the crash, Feltner was resuscitated and airlifted to a nearby hospital. He suffered brain trauma and multiple spinal cord injuries.

For months, he has been in rehabilitation at Craig Hospital in Denver, which specializes in treating spinal cord injuries. He recently returned to Cincinnati and will continue outpatient rehabilitation here.

Young said Feltner is getting better every day. Before the car crash, the roommates saw each other every day and worked on Standard Definition together. After the crash, they were separated as Feltner focused on rehabilitation.

“I basically wrote the film about the two of us, or film students just like us,” said Young, reflecting on how the crash impacted his perspective of the time they spent creating Standard Definition. “Every day after shooting we would come home and stay up late editing together rough cuts of the scenes. It was so exciting and rewarding to see all of our hard work turning into something tangible that we could be proud of.”

“After his accident I only saw Elliot a few times over the course of months as he dealt with his injuries. Going from spending every day and night together to not speaking for weeks at a time was really difficult and really made me appreciate how special our time making Standard Definition together really was.”

CCM E-Media hosts a world-premiere of the student-produced short film Solitude at 6:30 p.m. on Tuesday, Dec. 9, in the MainStreet Cinema of UC’s Tangeman University Center. Admission to this public screening is free and open to the general public.

Created by senior electronic media majors Matt Stalf, Cameron Coyan, Joey Meisberger and Alex Huddleson under the supervision of Assistant Professor of Electronic Media Lakshmi Tirumala, Solitude is the story of Jack Khavo, a medical researcher who finds himself trapped by his daily routine. Jack had always believed that he would be able to make a difference with his job, but as his research comes to a standstill he begins to wonder if he will ever be able to make a meaningful contribution to his field. One night Jack encounters a strange dream, which shows him how to move forward. Unfortunately, the very thing that could advance his research could also endanger his life.

According to Coyan, he and his classmates divided up production roles to best fit everyone’s strengths. “Matt has a great eye for scene composition so he took over the role of director of photography and editor,” he explains. “Alex and Joey have a lot of experience with audio, so they took on the role of pre-production recording and sound design. I took on the role of director and writer as I’m the most familiar with the story.”

“Being able to grab from several different programs – including Electronic Media and the Drama Department at CCM along with Graphic Design in DAAP – is really great because we are getting experience working through multiple creative fields to turn out a collaborative piece,” Stalf explains.

For Professor Tirumala, Solitude is a perfect showcase of the immersive training that CCM E-Media students receive. “This film gives a great insight into the standards that our program expects from the students,” he says. “Having seen the rough cut, I can say that everyone involved in this project has done an exceptional job.” 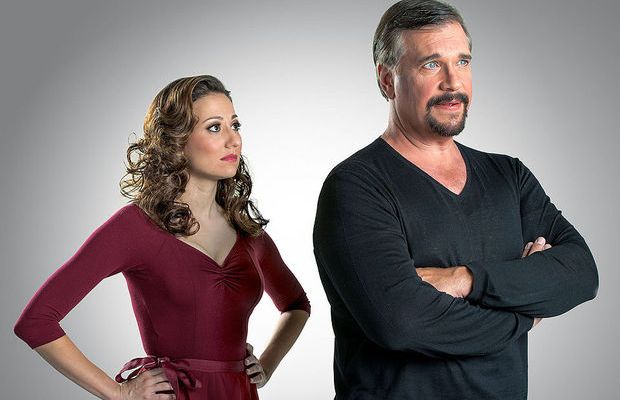 CCM continues to make headlines! See what the New York Times, the Wall Street Journal, Variety and more are saying about our faculty members, our alumni and our academic programs:

CCM Musical Theatre alumna Gabrielle Stravelli (BFA, 2001) received a glowing write-up in this Monday’s issue of the New York Times, with critic Stephen Holden calling her recent performance at the Metropolitan Room “intoxicating” and proclaiming that she, “recalled Ella Fitzgerald in her prime.” Stravelli next performs at the Metropolitan Room on July 29 and 31. Read the review here.

The New York Times also featured the World’s Fair Play Festival at the Queens Theater as its “Critics’ Pick” this week. A presentation of 10 original 10-minute long plays inspired by the 1939 and 19647 World’s Fairs, the festival has several notable CCM ties, with CCM Assistant Professor of Drama Brant Russell serving as a producer and director of the festival and Sarah Vargo (BFA, 2014) working as Assistant Director. Todd Almond (BM, 1999) was commissioned to write one of the festival’s new plays. The World’s Fair Play Festival runs through Sunday, July 27, 2014. Read the review here.

Earlier this month, Variety published an interview with Musical Theatre alumnus Mickey Fisher (BFA, 1995), whose show Extant is one of the summer’s most highly anticipated television events. Fisher wrote the script and will serve as an executive producer for Extant, a futuristic thriller produced by Steven Spielberg’s Amblin TV for CBS with Halle Berry starring. Read the feature here.

CCM alumnus/composer Evan Mack (MM, 2005; DMA, 2008) and CCM alumnus/librettist Joshua McGuire (MM, 2005) are getting attention for their new opera, Roscoe, which received an Opera Saratoga workshop performance earlier in the summer. Last month, the Times Union profiled the opera, which is an adaptation of the best-selling novel of the same name by Pulitzer Prize-winning author William Kennedy. Read the feature here.

Earlier this summer, CCM Prep’s New Horizons Orchestra was featured in the Wall Street Journal. The Journal reported on the growing popularity of ensembles for older players. Read the feature here.

See who else is making headlines by visiting ccm.uc.edu/about/villagenews/in-the-news.

CCM’s Department of Drama presents its annual Senior Showcase at 2 and 7 p.m. on Friday, March 14, in UC’s Patricia Corbett Theater. The 12th annual DOLLY Awards Ceremony follows the 7 p.m. showcase performance. These events are free and open to the public. Reservations are not required.

The showcase performance will consist of a variety of scenes by graduating seniors in CCM’s Drama program, demonstrating the depth and breadth of the acting skills they have honed during their undergraduate training at CCM.

The Senior Showcase will be the first presentation of a performance that the students will be taking on the road to exhibit their talent in New York and Los Angeles in April. You can learn more about the Drama Class of 2014 at ccm.uc.edu/theatre/drama/seniorshowcase.