CCM Opera and Cincinnati Opera are pleased to announce the selection of two new American operas, Champion and Morning Star, for the Opera Fusion: New Works program’s second year of residencies. The operas were selected through a national application process from a pool of more than 30 applicants.

We are delighted to report that the National Endowment for the Arts has awarded the CCM and Cincinnati Opera Association partnership Opera Fusion: New Works a $30,000 grant to support the production of a documentary film chronicling the creation of an American work of opera!

CCM and Cincinnati Opera are pleased to announce that applications are now being accepted for two Opera Fusion: New Works workshops to be held October 18-28 and November 5-15, 2012. Opera Fusion: New Works, a program designed to foster the development of new American operas, is made possible by a three-year, $300,000 grant from The Andrew W. Mellon Foundation. 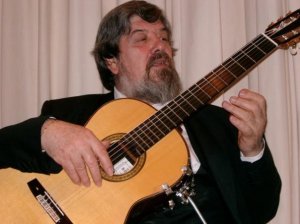 A graduate of Santa Cecilia’s Conservatory of Rome and an apprentice of the influential classical guitar master Andrés Segovia, Ghiglia is the founder of the Guitar Departments at the Aspen Music Festival, the Festival de Musique des Arcs and the “Incontri Chitarristici di Gargnano.”

Please be aware that the venue for the Saturday, Nov. 12 public performance of Cuomo and Shanley’s Doubt has changed. Originally scheduled for CCM’s Robert J. Werner Recital Hall, this performance will now take place in Patricia Corbett Theater.

The CCM Opera Program and Cincinnati Opera are pleased to announce the selection of the new American opera Doubt for the first residency of the Opera Fusion: New Works program.