As performing arts centers around the world announce event cancelations due to the COVID-19 outbreak, musicians are finding new ways to share and create their art. The Cincinnati Enquirer recently featured how one UC College-Conservatory of Music alumnus is sharing his work through a unique business model. 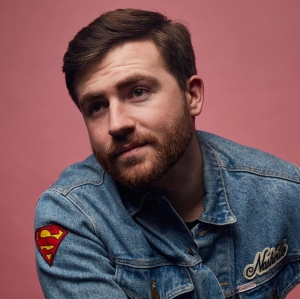 Ryan Fine (BFA Commercial Music Production, ’17) is a Nashville-based performer, songwriter, pianist and producer who suddenly found himself with an empty calendar when performances were canceled. So, he started Fine-Tuned Custom Songs to create original works for music lovers during the pandemic.

Fine will create an original song based on what the customer wants. Customers can request songs for any occasion, specify the tone and style of music. Prices for the songs start at $50.

Fine has been writing and producing custom songs for kids going through traumatic experiences with the Songs of Love Foundation since 2016. He was voted Best Instrumentalist of 2019 by readers of the Nashville Scene. As an artist he has over 275,000 streams on Spotify. Cincinnati audiences may remember his jazz pop group Ryan Fine & The Media, which performed a set at the Midpoint Music Festival in 2016. Learn more about Fine on his professional website.

CCM Dean Peter Landgren has announced the appointment of Vince DeGeorge to the position of Assistant Professor and Joseph Weinberger Chair of Acting for the Lyric Stage, a faculty position shared by CCM’s Department of Musical Theatre and Department of Opera. DeGeorge first joined CCM as a Visiting Professor in the fall of 2013. His new appointment becomes effective on August 15, 2015.

“I would like to thank Dean Peter Landgren, Musical Theatre Chair Aubrey Berg and Opera Chair Robin Guarino for selecting me for this important post,” DeGeorge remarked on his new appointment. “I would also like to thank my colleagues at CCM for welcoming me so graciously. I am grateful and excited to begin this new challenge.”

DeGeorge made a considerable impact during his tenure as a Visiting Professor, directing and/or choreographing seven CCM productions during the last two seasons. Most recently, he served as director and choreographer on CCM’s acclaimed Studio Series production of Harvey Schmidt and Tom Jones’ rarely produced 110 in the Shade. “DeGeorge infuses action into a story which could easily be presented in a stagnant fashion,” theatre critic Scott Cain observed in his review of the musical for Talkin’ Broadway, ultimately calling the show, “a praiseworthy one, with strong direction and first-rate performances.”

Local audiences will not have to wait long to see DeGeorge’s next project for the CCM stage. This summer, in addition to directing a feature length film (entitled 18 Mornings), DeGeorge will serve as stage director for the Opera Studio Summer Workshop. He will then direct two productions during CCM’s 2015-16 performance season: a Studio Series production of William Hauptman’s musical Big River: The Adventures of Huckleberry Finn in October of 2015 and a Mainstage Series production of Leoš Janácek’s opera The Cunning Little Vixen in April of 2016.

An alumnus of CCM, DeGeorge (BFA Musical Theatre, 1992) recently completed his MFA in Directing and Public Dialogue at Virginia Tech. Following his graduation from CCM, DeGeorge performed as an actor and dancer in regional theaters across the country and was a member of the New York based contemporary dance company dre.dance under artistic directors and choreographers Taye Diggs and Andrew Palermo.

DeGeorge directed numerous works during his time in New York. Highlights include the musical revue Nashville, which he co-wrote and directed in 2009. The production won Nightlife, Bistro and Mac Awards that year. In 2011, DeGeorge directed New York City’s first fully staged production of The Exonerated to critical acclaim.

At Virginia Tech, DeGeorge directed and designed A Dream Play by August Strindberg, and productions of Chekhov’s The Vagabond and Three Sisters. He also developed, directed and designed The Jo Carson Project, a new musical based on the writings and theories of the Appalachian storyteller and playwright, Jo Carson.

During his studies at Virginia Tech, DeGeorge was also a company member of Building Home, a participatory theatre and music engagement project, led by Bob Leonard along with Jon Catherwood-Ginn. Building Home uses theater to foster healthy civic dialogue among the citizens of the New River Valley concerning pressing regional issues and planning for sustainable communities.

As a part of the Blacksburg Summer Arts Festival 2014, DeGeorge was engaged to design and build Life In The Trees – an art installation, purposed as both a gallery exhibition and the theatrical setting for two performance pieces, adapted and directed by DeGeorge as well.  While working on Life In The Trees, DeGeorge collaborated with Alaskan artist Kesler Woodard, as well as novelist Tom Gardner.

DeGeorge has spent the last 14 years researching and developing the Theatrical Awareness Practice, a somatic and experiential theater technique that trains the actor to live fully in their experiential mind/body. This practice consists of deeply researched and highly structured improvisational explorations that are designed to reacquaint the artist with the infinite intelligence and creative capacity of their own human body experience.

You can learn even more about Vince DeGeorge by clicking here. Please join us in congratulating him on his new appointment.

CCM Dean Peter Landgren has announced the appointment of Daniel Weeks, tenor, to the position of Associate Professor of Music in CCM’s Department of Voice. Weeks’ appointment becomes effective on August 15, 2015.

A passionate advocate for Art Song recitals, Weeks taught the Vocal Literature seminars at the University of Louisville after joining the voice faculty in 1998. In 1999, he was a National Finalist in the Metropolitan Opera’s National Council Auditions and was also named Young Artist by the National Federation of Music Clubs. In October 1999, he made his New York recital debut with CCM Accompanist-in-Residence Donna Loewy on the Judith Raskin Memorial Concert Series. In February 2000, Weeks was the “On Wings of Song” recitalist with Loewy under the auspices of the Marilyn Horne Foundation. For the next three years, he and Loewy presented recitals and school presentations for the Horne Foundation across the country.

Additionally, Weeks has collaborated with such notable pianists as Timothy Cheek, Valerie Trujillo and Douglas Fisher. Additionally, he and pianist, Naomi Oliphant have given over 150 performances throughout the US, Canada and Europe since 2002. These performances include recitals in Katowice, Poland, Brno, CZ and an appearance in Toronto, Canada, at the 2007 Collaborative Conference hosted jointly by the Canadian Federation of Music Teachers’ Association, the Music Teachers National Association and the Royal Conservatory of Music.

In 2009, Weeks and Naomi Oliphant released their album Women of Firsts: A Recording of Art Songs by Lili Boulanger, Amy Beach, Grażyna Bacewicz, and Vítězslava Kaprálová on the Centaur Records label. Critically acclaimed in the US and Europe, this recording showcases art songs by women who were the first in their respective countries to achieve national and international recognition for composition. He and Dr. Oliphant recorded their second album entitled The Lieder of Franz Liszt, which is scheduled for release with Centaur Records in 2015.

You can learn even more about Daniel Weeks by visiting www.tenorweeks.com. Please join us in welcoming him to the CCM family!

We are thrilled to report that first-year CCM graduate student Susan Yang has been awarded a Jack Kent Cooke Foundation Graduate Arts Award, based on her outstanding artistic and creative merit in addition to a record of academic achievement!

A Master of Music candidate in Piano at CCM, Yang is one of 20 student recipients of the Foundation’s 2013 Graduate Arts Award. Jack Kent Cooke Scholars receive up to $50,000 per year for up to three years in order to attend accredited graduate institutions like CCM in the United States or abroad.

Now in its third year, the Jack Kent Cooke Foundation Graduate Arts Award elicited 449 applications and portfolios from 43 states and the District of Columbia. The 20 winners represent just four percent of the total applicant pool. They were selected by a 38-member panel of experienced artists and arts educators in the fields of music, dance, theatre, creative writing, visual arts and film.

Released in August, Visual is now available on iTunes, Amazon, Spotify, Raditaz, eMusic, Soundcloud and Tower. The album is described as a blend of smooth jazz with world music vibes and features four original songs, along with Huggins’ arrangement of the popular jazz standard “Water to Drink (Aqua de Beber).” The album was recorded at Studio One in Jacksonville, Florida. Two of the songs were done completely live featuring a bassist and drummer. Huggins was heavily involved in the production process along with other talented musicians and producers. 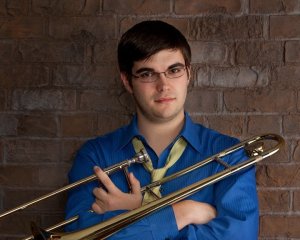 Congratulations to CCM Jazz alumnus and current Rutgers University graduate student Adam Machaskee for winning first place in the International Trombone Association’s JJ Johnson Jazz Soloist Competition on June 24 at Vanderbilt University in Nashville, Tennessee! The competition is open to applicants under the age of 25 from all over the world and is one of the most prestigious awards in the trombone community.