Terence Milligan has played a unique role in the lives of tens of thousands of University of Cincinnati graduates on their special day, dating back to processionals in Nippert Stadium. He has conducted the University Commencement Band at every Commencement ceremony since June, 1980.

This spring will be his 33rd year behind the baton at Commencement directing 48 ceremonies, counting the three in June. Through each ceremony, his service has been all voluntary.

The April 29th issue of the Cincinnati Enquirer spotlighted the work of CCM MFA candidate  Karestin Harrison, who was invited to present her “Fake Food Feast and Cook Book” showcase at this year’s United States Institute for Theatre Technology (USITT) National Conference in Long Beach in late March. 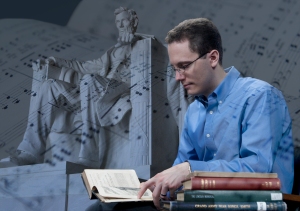