Next month, CCM celebrates the art of the piano with a star-studded series of master classes, guest artist concerts and more! Launched in 2010 by Piano Department Chair Awadagin Pratt, the 2014 Bearcat Piano Festival welcomes a plethora of visiting pianists this February, including:

The celebration culminates with the return of Pianopalooza on Feb. 16. In honor of the Valentine’s Day holiday, this year’s concert celebrates “Keys to Love and Romance!”

Stay tuned for even more information about this exciting series of events! 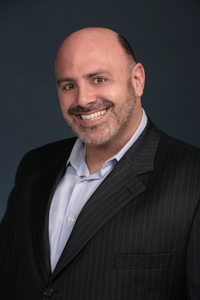 CCM’s Division of Electronic Media welcomes guest speaker Nick Belperio to the Cohen Family Studio Theater from 6-7:30 p.m. on Thursday, Oct. 24. The Senior Vice President of Marketing for the FOX Broadcasting Co., Belperio will provide an inside look at the development, promotion and evaluation of the new hit television drama Sleepy Hollow, scheduled to air Monday nights on FOX. This presentation is free and open to the general public.

Belperio was named Senior Vice President of Affiliate Marketing in November 2007. He is responsible for supervision of the network’s Affiliate Marketing team, which oversees marketing and promotion at 209 FOX affiliates across the U.S., as well as its National Radio Promotion department. Belperio also helps guide the general objectives of the network’s marketing team, effectively maximizing affiliate TV stations’ air across all dayparts, producing creative launch kits and promo merchandise, as well as maintaining significant presence on local websites and social media platforms. 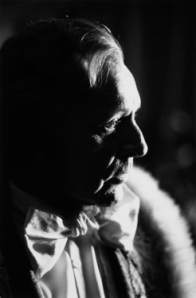 CCM celebrates the 200th anniversary of composer Richard Wagner’s birth (May 22, 1813) with an unprecedented series of events this month. Beginning on Friday, Oct. 11, and running through Thursday, Oct. 24, CCM explores Wagner’s iconic work and enduring legacy with a series of guest lectures, film screenings and a concert performance by the CCM Philharmonia. Aside from the Oct. 12 Philharmonia performance, these events are free and open to the general public.

Richard Wagner was a 19th century German composer, theatre director, polemicist and conductor. He revolutionized opera through his concept of the Gesamtkunstwerk (“total work of art”), in which he combined the poetic, visual, musical and dramatic arts. His Gesamtkunstwerkalso greatly influenced many filmmakers, as detailed in the book Wagner and Cinema, co-edited by Jeongwon Joe, Associate Professor of Musicology at CCM, and Sander L. Gilman, Distinguished Professor of Germanic Studies at Emory University. According to Wagner and Cinema, early 20th century film critic W. Stephen Bush once declared, “Every man or woman in charge of the music of a moving picture theatre is, consciously or unconsciously, a disciple or follower of Richard Wagner.”

CCM’s bicentenary celebration opens at 2:30 p.m. on Friday, Oct. 11, with a guest lecture by Anthony Tommasini, Chief Classical Music Critic for the New York Times. Other highlights include the CCM Philharmonia’s Oct. 12 concert, “Wagner – Redemption Through Love,” which features selections from Wagner’s operas to be performed with the cinematic images from Tony Palmer’s biographical film about Wagner, starring Richard Burton. CCM will also welcome film director Tony Palmer to campus for a discussion on his films on Thursday, Oct. 24.

To celebrate this towering figure of German Romanticism and the indelible impression he made on the cinematic arts, CCM will also present a series of free film screenings exploring Wagner’s life and legacy.

Please see individual listings below for additional information on the festival’s public events.

For the first time in nearly two decades, CCM will host the Midwest Chapter Meeting of the Society for Ethnomusicology (MIDSEM). The conference comes to CCM Village on Friday, April 12, and Saturday, April 13, with events held in the Baur Room of the Corbett Center for the Performing Arts and in room 3250 of Mary Emery Hall.

More than 100 scholars and students will be traveling from throughout the Midwestern United States to participate in the conference. In addition, students and faculty from a variety of programs at UC (including Musicology, Music Education, Anthropology, Sociology and International Programs and Services), as well as local community members, will be participating in the conference as presenters, volunteers and attendees.

In June of 2011, six current and former students from CCM Drama traveled to Nairobi, Kenya, for five intense days of theatre-making with refugees from the Dadaab Refugee Camp. The outcome of that trip will be explored in a special symposium hosted by the CCM Drama Dadaab Theater Project and the Great Globe Foundation from 3-6 p.m. on Thursday, Jan. 17, in UC’s Cohen Family Studio Theater.

Titled “How the Hurt Helped and How the Help Hurt and Why Go Through It All Again,” the afternoon discussion will explore the successes and challenges faced by artists who engage in international outreach and exchange. The symposium is free and open to the public. CCM Professor of Drama Michael Burnham will moderate.

CCM is delighted to welcome Richard L. Turner Professor of the Humanities at the University of Rochester and President of the Kurt Weill Foundation for Music Kim Kowalke for a series of talks this week in conjunction with the Mainstage production of Street Scene.

Kowalke will speak to students enrolled in CCM’s “Kurt Weill’s Music Theatre” course on the morning of Thursday, Nov. 15 and then present a free talk before the opening performance of Street Scene. This talk is open to the public and will last from 7:15 – 7:45 p.m. in the Baur Room of UC’s Corbett Center for the Performing Arts.

Kowalke will also present a Thinking About Music lecture on “What Makes Weill Weill” at 2:30 p.m. on Friday, Nov. 16. This talk will be held in the Baur Room and is also free and open to the general public.

A full schedule of related public events is listed below. Click here for more information on CCM’s 2012-13 Kurt Weill Festival.

Tomorrow afternoon, CCM welcomes composer Philip Glass and cellist Matt Haimovitz for a special talk presented by the Cincinnati Symphony Orchestra. Led by CSO assistant conductor William White, the panel will delve into the topics of personal stye and inspiration and how one goes about preparing to perform a brand new concerto by this giant of American music.

“A Conversation with Philip Glass and Matt Haimovitz” takes place at 4:30 p.m. on Thursday, March 29 at CCM’s Robert J. Werner Recital Hall. Space is limited and reservations are required. Contact the Cincinnati Symphony Orchestra Box Office at 513-381-3300 to reserve.

UC’s popular “Life of the Mind” lecture series resumes next month as UC faculty members present varying perspectives on the theme of “identity.”

“Life of the Mind” is free and open to the public and attracts a broad audience including UC students, faculty, staff, and alumni, as well as people from the community.

Download a copy of our Spring 2012 Calendar of Events today.

CCM’s “Thinking About Music” Lecture Series will present Steven Rings, University of Chicago, who will speak at 2 p.m. on Friday, Feb. 17 on the topic: “On Tonal Hearing: Quale and Chroma Revisited.” The lecture will be held in CCM’s Baur Room and is free and open to the general public.