CCM is proud to report that countertenor John Holiday (MM Voice, 2012) is the winner of this year’s Marian Anderson Vocal Award, which celebrates the excellence and vocal promise of one young American singer. The award, which was first offered in 2002, is presented by the Kennedy Center and Washington National Opera.

Holiday’s prizes include $10,000 cash and the opportunity to perform a recital on Thursday, Feb. 15, 2018 in the Kennedy Center Terrace Theater. He will also have an educational residency at Washington’s Duke Ellington School of the Arts that will include master classes and other workshops for vocal music students at the magnet school.

This is far from the first major award that Holiday has won; he recently won first place in the Dallas Opera Guild Vocal Competition, he won third prize at Plácido Domingo’s Operalia Competition in 2014, and he was first place winner in his district of the Metropolitan Opera National Council Auditions in 2007. Additionally, he won a 2014 Sara Tucker Grant for young vocal artists and first prize in the Gerda Lissner Foundation’s 2013 International Vocal Competition, among other awards. A career highlight includes an invitation by Pope John Paul II to sing as soloist for High Mass at St. Peter’s Basilica and the Sistine Chapel in 2002.

Holiday’s recent roles include the Sorceress in Purcell’s Dido and Aeneas at LA Opera and the title role in Handel’s Giulio Cesare at Wolf Trap Opera. He made his Carnegie Hall debut in a performance of Bernstein’s Chichester Psalms with Robert Spano and the Atlanta Symphony, and he recently joined the Metropolitan Opera to cover Nireno in Giulio Cesare.

This season, he will appear with the Nashville Symphony, Phoenix Symphony, Boston Baroque, the Glimmerglass Festival and Opera Philadelphia.

American contralto Marian Anderson was one of the most celebrated singers of the 20th century. She became an important figure in the struggle for African American artists to overcome racial prejudice in the United States, when in 1939, the Daughters of the American Revolution refused permission for her to sing to an integrated audience in Constitution Hall. With the aid of First Lady Eleanor Roosevelt and her husband President Franklin D. Roosevelt, Anderson performed a critically acclaimed open-air concert on Easter Sunday, April 9, 1939, on the steps of the Lincoln Memorial in Washington, D.C. before a crowd of more than 75,000 people and a radio audience of millions. She continued to break barriers, becoming the first African American artist to perform at the Metropolitan Opera in New York on January 7, 1955. She later worked for several years as a delegate to the United Nations Human Rights Committee and for the U.S. Department of State, giving concerts all over the world. She participated in the civil rights movement in the 1960s, singing at the March on Washington in 1963. She was awarded the Presidential Medal of Freedom in 1963, a Kennedy Center Honors in 1978, the National Medal of Arts in 1986 and a Grammy Lifetime Achievement Award in 1991.

This story has been updated to reflect a correction in John Holiday’s list of major awards. 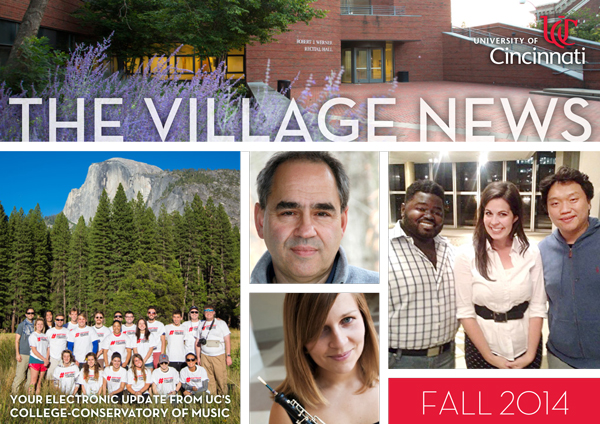 PERFORMANCE STUDIES ALUMNA APPOINTED TO PROFESSOR OF OBOE
Merideth Hite (BM, ’06) has joined the faculty of the University of Southern Mississippi. Read more…

CCM ALUMNUS MAKES HIS BROADWAY DEBUT IN THE HIT REVIVAL OF PIPPIN
After touring the nation with The Book of Mormon, Michael Schwitter (BFA, ’12) takes on the role of Pippin’s brother Lewis at the Music Box Theatre. Read more…

CCM PROFESSOR OF COMPOSITION ANNOUNCES RETIREMENT
Joel Hoffman joined the University of Cincinnati faculty in 1978. This October, CCM will celebrate his service with a special concert featuring the Ariel Quartet. Read more…

THE CCM WIND ORCHESTRA TAKES THE STAGE AT A NATIONAL CONFERENCE
Watch the complete performance here.

CCM’S STUDIO SERIES REMAINS ONE OF THE HOTTEST TICKETS IN CINCINNATI!
Box Office Manager Jeanne Rose provides the inside scoop on how to score tickets for this year’s productions! Read more…

THE MIND AND MUSIC OF CHOPIN
The Friends of CCM and the Cincinnati Psychoanalytic Institute welcome special guest artist Richard Kogan on Oct. 10. Read more…

CCM IN THE NEWS 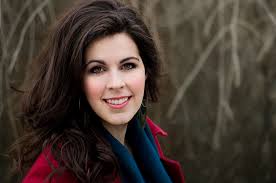 CCM alumna Amanda Woodbury (MM, 2012) will make her Cincinnati May Festival debut as a soloist this Saturday (and will also perform a preconcert recital tonight) and the Cincinnati Enquirer provides a preview in a new Q&A with the soprano.

She reflects on those recent successes and on her time at CCM in the feature, telling the Enquirer’s Janelle Gelfand, “I sang two roles onstage [at CCM], Donna Anna in Don Giovanni and Madame Lidoine in Dialogues of the Carmelites. I can’t tell you how much that has helped my career. It helped me to prepare for the next step, and just everything they did opened up doors for me. I’m so glad I went to CCM, because I passed up Juilliard for CCM.”

We are delighted to report that two CCM alumni – Amanda Woodbury (MM, 2012) and John Holiday (MM, 2012) – have been named 2014 Sara Tucker Grant Recipients by the Richard Tucker Music Foundation!

Soprano Amanda Woodbury, 25, is a member of the Domingo-Thornton Young Artist Program at LA Opera and was a winner of the recent Metropolitan Opera National Council auditions. She made her LA Opera debut as Micäela in Carmen and also appeared as Papagena in The Magic Flute. This summer she will make her debut at the Cincinnati May Festival as a soloist in the Mahler 8th Symphony and will join the Merola Opera at San Francisco Opera to sing Donna Anna in Don Giovanni. She was a second place winner at the McCollum Competition in Houston and received degrees from Indiana University and CCM.

Counter-tenor John Holiday, 29, has been heard recently as Radamisto at the Juilliard School and will debut with Wolf Trap Opera this summer in the title role of Giulio Cesare and be heard this fall as the Sorceress in Dido and Aeneas with LA Opera. He will also return to the St. Paul Chamber Festival in concert. Other recent engagements include Bernstein’s “Chichester Psalms” at Carnegie Hall with the Atlanta Symphony, covering Nereno in Giulio Cesare at the Met, and Glass’ Galileo Galilei at Cincinnati and Portland Opera. Holiday was an apprentice at the Santa Fe Opera and holds degrees from SMU and CCM.

Congratulations to the following CCM alumni and students who were prize winners in the Gerda Lissner Foundation 2013 International Vocal Competition!

Embroiled in a bitter struggle for power, Giulio Cesare in Egitto (Julius Caesar in Egypt) recounts the passion between Cesare and Cleopatra as they form an alliance against the Egyptian queen’s brother Tolomeo, who is attempting to usurp control of Rome and Egypt. Admission is free, but reservations are required. Tickets become available on Monday, May 23 at noon—please contact the CCM Box Office at 513-556-4183 to reserve. Learn more about this opera after the jump.

Four current and former CCM students will be featured soloists in the upcoming performance of Handel’s Messiah by the Cincinnati Boychoir. On December 11-12, soloists Kelly Ballou (soprano), John Holiday (countertenor), Ian McEuen (tenor) and Michael Dauterman (baritone) will join the boys and men of the Cincinnati Boychoir as they perform Part I (the Christmas portion) of Handel’s masterpiece along with other holiday favorites. Outside of New York, Cincinnati will be the only place in the U.S. in 2010 where a choir of boys and men will perform Messiah.