CCM celebrates the 50th anniversary of its Musical Theatre program with a cherished musical comedy from Broadway’s golden age, Guys and Dolls. Named one of Cincinnati CityBeat’s “most eagerly anticipated fall productions” and listed in Cincinnati Magazine’s “10 can’t-miss performances,” Guys and Dolls opens at 8 p.m. on Friday, Oct. 19, 2018 in CCM’s Corbett Auditorium.

The musical tells the story of Nathan Detroit, a gambler trying to find the cash to set up the biggest craps game in town while eluding the authorities. Detroit turns to fellow gambler Sky Masterson for the dough, who ends up chasing straight-laced missionary Sister Sarah Brown as a result.

Featuring iconic musical numbers like “Luck Be a Lady,” “A Bushel and a Peck,” “Sit Down, You’re Rockin’ the Boat” and more, this Tony Award-winning show takes audiences from the heart of Times Square to the cafés of Havana in a tale of saints and sinners and the lengths they will go for love.

Read more about the musical in Cincinnati CityBeat: https://www.citybeat.com/arts-culture/theater/article/21027438/the-guys-and-dolls-at-ccm-are-golden-this-fall

CCM Musical Theatre 50th Anniversary gala: Arts lovers are invited to get “all dolled up” for a special performance of Guys and Dolls followed by the one-night-only Saints and Sinners Bash on Oct. 20, 2018. Read more about this special performance and gala after party in the Cincinnati Business Courier.

CCM’s year-long Kurt Weill Festival resumes this month with a dynamic new production of the iconic musical The Threepenny Opera. Composed by Kurt Weill with book and lyrics by dramatist Bertolt Brecht (adapted into English by Marc Blitzstein), The Threepenny Opera weaves the riveting tale of notorious bandit and womanizer Macheath (“Mack the Knife”) and his seedy companions in London’s underworld. Weill’s innovative score invented a new form of musical theatre, leading the way for such shows as Chicago and Cabaret. 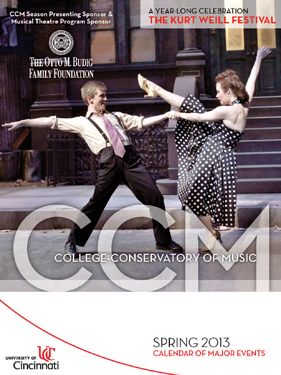 CCM is delighted to announce its spring schedule of performances. The largest single source of performing arts events in the state of Ohio, CCM presents more than 100 major public performances from Jan. 12 through May 19, ranging from faculty and guest artist concerts to fully supported opera, drama and musical theatre productions.

Event Information
All events listed below take place in CCM Village on the campus of the University of Cincinnati unless otherwise indicated. Admission is free to many CCM performances, although some events do require purchased tickets or reservations. Please see individual event information for details and ordering information.

This weekend, the Cincinnati Enquirer‘s Jackie Demaline provided an early look at CCM’s yearlong Kurt Weill Festival. You can read her preview here.

Visit CCM’s official Facebook page for a behind-the-scenes look at the production! 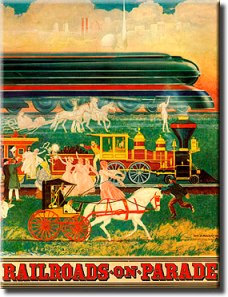 CCM’s resident Kurt Weill scholar, Associate Professor of Musicology bruce mcclung, was quoted in an Oct. 21 New York Times article on the discovery of a previously unknown recording of Weill’s “Railroads on Parade” composition from the 1939 World Fair.

Record collector Guy Walker discovered the recordings in 2007 and plans to release the music on CD this month, with liner notes by mcclung. Read the full New York Times article here.

CCM’s yearlong Kurt Weill Festival kicked-off earlier this month. You can learn more about that unprecedented series of events here.

Beginning this month, CCM will celebrate the iconic work and enduring legacy of composer Kurt Weill with an unprecedented series of events. Opening on Friday, Oct. 19, and running through Tuesday, March 12, CCM’s Kurt Weill Festival will incorporate the renowned theatre composer into a broad range of both public performances and classroom exercises.

CCM’s yearlong Kurt Weill Festival will include Mainstage opera and musical theatre productions, cabaret performances, collaborative concerts, master classes and more. Funded in part by the Kurt Weill Foundation for Music, CCM has never before hosted a festival of this magnitude.

Earlier this week on her Arts in Focus blog, the Enquirer‘s Janelle Gelfand recapped Cincinnati native Fred Hersch’s intimate recital at CCM, performed before a packed house in Corbett Auditorium.