We are elated to report that CCM students Talya Lieberman and Reilly Nelson have been named as finalists for the 2016 Lotte Lenya Competition. They have been selected alongside 13 other young singer/actors and will take part in the final round of the competition on Saturday, April 16.

Both Lieberman and Nelson also made strong showings in last year’s Lotte Lenya Competition. Nelson advanced to the semifinal round of the competition (along with three other CCM-trained singers), while Lieberman won the Lys Symonette Award for Outstanding Performance of an Individual Number during the final round.

Lieberman and Nelson are the latest in a long line of CCM students and alumni who have reached the final rounds of the Lotte Lenya Competition. CCM alumna Lauren Roesner (BFA Musical Theatre, 2013) took Third Prize in the 2013 installment of this prestigious international theatre singing contest. CCM alumna Caitlin Mathes (MM Voice, 2009; Artist Diploma in Opera, 2010) earned First Prize in 2011 and fellow alumna Alisa Suzanne Jordheim (BM Voice, 2008; MM Voice, 2010; DMA candidate) progressed to the final round of the competition that same year.

Selected from 31 semifinalists, this year’s finalists represent a diverse range of performers, ages 21 to 31, from across the United States, Canada, Europe and Israel. All will sing repertoire from the operatic, golden age and contemporary musical stages, and of course, the music of Kurt Weill, for a chance win the top prize of $15,000.

Semifinalist judges, Tony Award-winners Jeanine Tesori and Victoria Clark, adjudicated and coached the performers. Clark, who first judged the competition in 2008, noted that “I can feel the leap in overall talent from when I last judged the semifinals.”

Kurt Weill Foundation President Kim Kowalke stated that “this year’s finalists are the largest and most diverse group in the Competition’s 19-year history, with contestants currently working on- and off-Broadway, in national touring companies, and in major regional theaters and opera companies. Many are well on their way to distinguished careers.”

The final round takes place April 16 at Kilbourn Hall at the Eastman School of Music in Rochester, NY. Each finalist will present a 15 minute program of four selections in the daytime round, 11:00-4:00. An evening concert, in which contestants sing only a segment of their programs, follows at 8:00. The concert concludes with the announcement of awards and prizes. Both the daytime round and evening concert are free and open to the public.

Returning to judge for the tenth time, international opera legend Teresa Stratas leads the judges’ panel. The Lenya Competition remains the only vocal competition she has ever consented to adjudicate. Joining her on the jury are Rodgers & Hammerstein Organization President and former American Theater Wing Chairman Theodore S. Chapin (also returning for his tenth time), and Broadway (and Audra McDonald’s) music director, conductor and accompanist Andy Einhorn.

Past prize winners have gone on to appear on major theater, opera and concert stages around the world. Don’t miss the competition described by Opera News as “target[ing] today’s total-package talents, unearthing up-and-coming singers who are ready for their close-ups.” 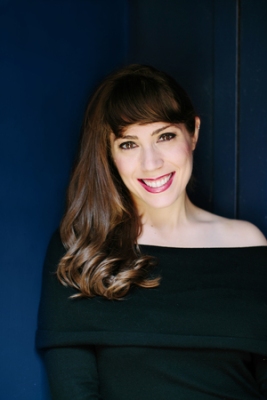 Recently described by Opera News as “poetically compelling,” “delectably stylish” and “technically refined,” Lieberman is equally at home with operatic, art song and musical theatre repertoire. Starting in September 2016 she will be seen frequently on stage at Komische Oper Berlin, where she will be assuming the soprano position in the Opernstudio. Her upcoming performances include debuts with Cincinnati Opera and Opera Columbus, as well as the title role in CCM’s Mainstage Series production of Janáček’s The Cunning Little Vixen.

Lieberman returned to Cincinnati this fall after completing a summer as a Filene Young Artist with Wolf Trap Opera, where her ability to “make a point with the merest flick of a finger” (Washington Post) shined in a highly lauded run as Susanna in Mozart’s Le Nozze di Figaro. She also appeared in concert with Steven Blier at Wolf Trap in a program celebrating the Broadway legacy of the Rodgers family (The Rodgers Family – A Century of Musicals). 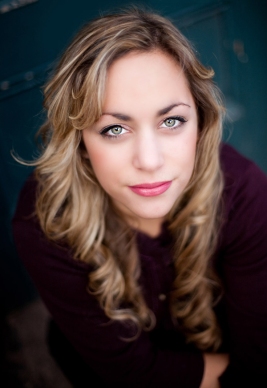 Nelson is currently pursuing her Doctor of Musical Arts degree at CCM.

At CCM she performed Hansel in Hansel and Gretel and Mary in Ricky Ian Gordon’s Morning Star. She also performed Hansel, as well as Cherubino in Le nozze di Figaro, at Janiec Opera Company at the Brevard Music Center.

The mezzo-soprano was a vocal fellow at the renowned Tanglewood Music Festival for the summers of 2014 and 2015, performing Les nuits d’été, Op. 7 and Folk Songs by Bernard Rands. 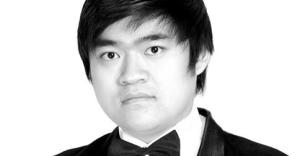 After a week of thrilling performances, Moye Chen has been named Gold Medalist of the 2014 World Piano Competition!

Feng Bian and Reed Tetzloff were named Co-Bronze Medalists during last Saturday’s Finals Round, which saw all three pianists perform with the world-renowned Cincinnati Symphony Orchestra. Learn more about Chen below.

Although this year’s World Piano Competition may be over, the excitement continues through Saturday, July 12, with the Art of the Piano, a unique summer festival and concert series curated by WPC Artistic Director (and CCM Artist-in-Residence) Awadagin Pratt. Learn more by visiting ccm.uc.edu/boxoffice/artofthepiano.

About Moye Chen
Moye Chen has performed extensively as a concert pianist in Asia and the United States. He has performed in renowned venues such as Carnegie Hall, Finney Chapel, Benaroya Concert Hall, the Krannert Center for the Performing Arts, Beijing Concert Hall, Shanghai Concert Hall and the Shanghai Grand Theatre. Chen is a winner of many competitions, including Seattle, Heida Hermanns, and Buono and Bradshaw International Piano Competitions, Krannert Debut Artist Competition and Palatino Piano and Composition Competition. In addition, he was a recipient of the June and Charles Ross Fellowship Award in 2012 and 2013.

A native of Beijing, Chen began his piano study at the age of 7, and in 1997 he moved to Shanghai and had the great honor of performing during the ceremony of Macao’s return to China in 1999, broadcast by CCTV and SHTV. He has performed as a soloist with the Beijing Symphony Orchestra, Oberlin Chamber Orchestra, Oberlin Orchestra and Asian Ensemble Orchestra. Chen earned his bachelor’s and master’s degrees from the Shanghai Conservatory of Music and an Artist Diploma from the Oberlin Conservatory of Music. Chen is currently pursuing his Doctorate of Musical Arts at the University of Illinois.

The Final Round of the 2014 World Piano Competition opens in less than two hours! Tickets are still available, so don’t miss your chance to see 2014 finalists Reed Tetzloff, Feng Bian and Moye Chen each perform with the Cincinnati Symphony Orchestra! Who will take home the gold? Find out tonight!

Pay-on-entry parking for this event is available on the University of Cincinnati campus in the CCM Garage for $8 (cash only). 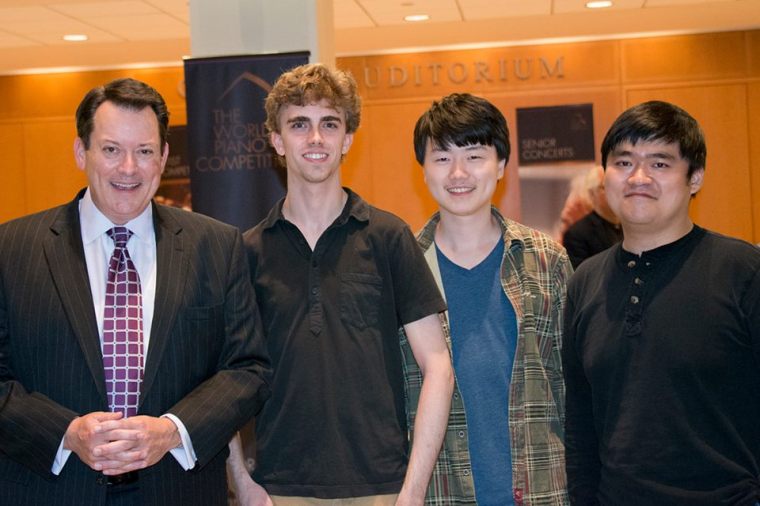 Without further ado, we are delighted to introduce you to this year’s World Piano Competition finalists! Reed Tetzloff, Feng Bian and Moye Chen will each take the CCM stage with the Cincinnati Symphony Orchestra during the Finals Concert this Saturday, June 28. Learn more about all three finalists by visiting www.cincinnatiwpc.org/index.

Tetzloff, Bian and Chen will compete for a total of $45,000 in prize money as well as a debut recital in New York City. These are sure to be some of the most impassioned and inspiring performances of the summer. Last year’s WPC Finals Concert sold out, so don’t miss out; purchase your tickets today!

Congratulations to current CCM student Lauren Roesner (BFA Musical Theatre, 2013) and alumna Heather Phillips (BM Voice, MM Voice, 2002-08) on being named finalists in the 2013 Lotte Lenya Vocal Competition! Held annually by the Kurt Weill Foundation for Music and celebrating its 15th anniversary this year, the Lotte Lenya Competition is an international theater singing contest that recognizes talented young singer-actors, ages 19-32, who are dramatically and musically convincing in a wide range of repertoire, and emphasizes the acting of songs and arias within a dramatic context.

Congratulations to our two finalists and our four award-winners!