It is with supreme sadness that we share news of the passing of Rocco Dal Vera, a cherished member of the CCM Family who most recently served as head of CCM’s Division of Theatre Arts, Production and Arts Administration (TAPAA).

Rocco died peacefully on Friday, Sept. 29, 2017, surrounded by close family and friends, after battling glioblastoma cancer. He was the loving husband to his wife of 27 years, Denise Mechelle Dal Vera, and devoted father to his daughter, Kendall Anne Dal Vera.  He is preceded in death by his father, Roger Dal Vera, and survived by his mother, Polly Dal Vera, and sister, Anne Dal Vera. Born July 10, 1956, he was 61 years old. 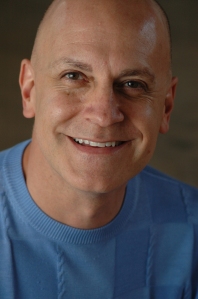 A faculty member in the Department of Acting (previously Drama) since 1998, Rocco became head of CCM’s TAPAA Division in June of 2015. In 2008, Rocco received UC’s George Barbour Award for Good Faculty-Student Relations. He was also on the faculties of UC’s College of Law, the Xavier Leadership Center (Williams College of Business) and Procter and Gamble’s clay street project.

Awarded the title of Distinguished Member by the Voice and Speech Trainers Association (VASTA), the highest honor given by the Association, Rocco was the founding editor of the journal Voice and Speech Review for VASTA, and edited the first three books of that series. He lectured internationally on vocal violence and the effects of emotion on the voice and was a Level 5 Master Teacher of the Alba Method for Emotions, having studied and taught the subject for over 20 years.

Rocco was the author and editor of six books, several of which have been translated extensively and received international acclaim, influencing the curricular design in several disciplines. His book, Voice: Onstage and Off (co-authored with Robert Barton), was nominated as the Best New Theatre Publication by the Association for Theatre in Higher Education and is in use by over 600 college and university theatre programs. His latest book, Acting in Musical Theatre: A Comprehensive Course, (co-authored with Joe Deer) is in its second edition. For three years Deer and Dal Vera had a monthly column, “Acting in Musical Theatre,” in Dramatics Magazine and were frequent contributors to the journal Teaching Theatre.

Before joining the faculty at UC, Rocco was head of the BFA Professional Actor and Musical Theatre Training Programs at Wright State University, taught at the National Theatre Conservatory, Willamette University, United States International University, served on the Advisory Board for the Relativity School, and was chair of the Voice and Speech Department at the American Academy of Dramatic Arts. For 16 seasons, he was the resident vocal coach for the Tony Award-winning Cincinnati Playhouse in the Park and the Actors Theatre of Louisville. He was a resident artist at the Cincinnati Shakespeare Company and the Ensemble Theatre of Cincinnati, and worked as a voice and speech coach at numerous theatres around the US including, Oregon Shakespeare Festival, the Denver Center for the Performing Arts, Human Race Theatre Company, the Dorothy Chandler Pavilion, Long Beach Civic Light Opera and the Los Angeles Theatre Center.

Prior to entering academic life, Rocco had a rich professional career onstage and in Hollywood. His voice can be heard on numerous commercials and over 500 films and television shows including L.A. Law, Hill Street Blues, THIRTYsomething, Raiders of the Lost Ark and The Gods Must Be Crazy. He was the co-host and assistant producer of the public television series, Healthward Bound: A Lifelong Journey, which won the prize for Best Series at the American Medical Association’s International Film Awards.

With his wife, Denise, and friend Annie Fitzpatrick, he founded the company IWA Strategies LLC, whose client list includes Cincinnati Bell, Procter and Gamble, clay street project and the Xavier Leadership Center. Their company’s mission is to teach “how to influence by inspiring and recognizing the genius in others and creating practical applications.” This mission demonstrates how Rocco married an active professional life with an inspirational philosophy that recognized others’ potential. Revered for a generosity of spirit and graceful eloquence, he will be remembered as not only the “smartest man in the room,” but also the kindest. His thoughtfulness, artistry and caring contributed to the achievement of countless artists, teachers and professionals worldwide. Rocco was considered a “teacher’s teacher,” an “actor’s coach,” and a tireless ally to the many students and colleagues he served alongside and led in a career that spanned four decades. Beyond his exceptional professional skill, Rocco will probably best be remembered for his generosity of spirit and profoundly supportive nature. No student, colleague or acquaintance was ever turned away from his office without receiving Rocco’s full attention and support.

Later in his life, Rocco became a crusader against Ehlers Danlos Syndrome (EDS), and his daughter Kendall’s lifelong battle with the debilitating disease. In lieu of flowers, a fund has been established in Kendall’s name; you can learn more by visiting www.posthope.org/rocco/journal/214305/how-to-give-back-to-rocco.

A Memorial Service will be held in the Great Hall of UC’s Tangeman University Center at 6:30 p.m. on Monday, Oct. 30.  More information about the memorial can be found at www.posthope.org/rocco. Prospective attendees are encouraged to RSVP at https://events.blackbirdrsvp.com/rocco-s-celebration-of-life.

Please join us in sending your thoughts or prayers and condolences to the entire Dal Vera family. Rocco was an inspiring force to all who knew him. He will be greatly missed. 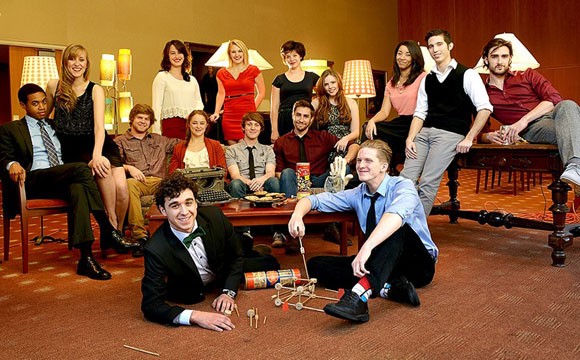 CCM’s Department of Drama presents its annual Senior Showcase at 2 and 7 p.m. on Friday, March 14, in UC’s Patricia Corbett Theater. The 12th annual DOLLY Awards Ceremony follows the 7 p.m. showcase performance. These events are free and open to the public. Reservations are not required.

The showcase performance will consist of a variety of scenes by graduating seniors in CCM’s Drama program, demonstrating the depth and breadth of the acting skills they have honed during their undergraduate training at CCM.

The Senior Showcase will be the first presentation of a performance that the students will be taking on the road to exhibit their talent in New York and Los Angeles in April. You can learn more about the Drama Class of 2014 at ccm.uc.edu/theatre/drama/seniorshowcase. 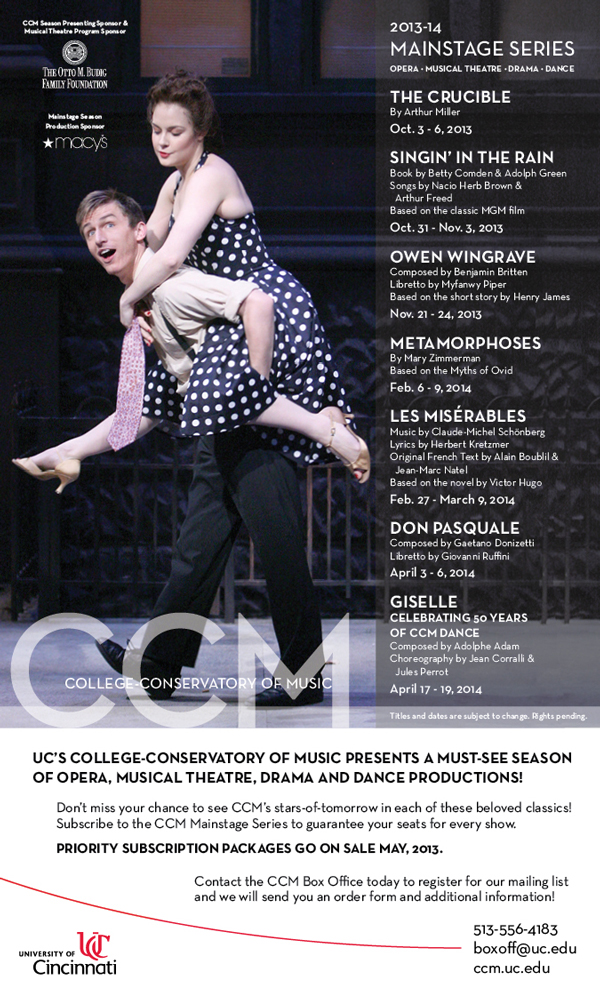 The University of Cincinnati College-Conservatory of Music (CCM) is pleased to announce details for the 2013-14 Mainstage Series of opera, musical theatre, drama and dance productions!

The 2013-14 Mainstage Series features both classic and contemporary masterworks for the stage, including Arthur Miller’s Tony Award-winning The Crucible, the masterful comic opera Don Pasquale and an extended run of the musical that swept the world: Les Misérables.

CCM’s student and faculty artists also bring two classics of the screen to life – with Mainstage productions of Singin’ in the Rain and Owen Wingrave. Plus, guest artist D. Lynn Meyers directs CCM’s stars of tomorrow in the Drama Desk and Tony Award-winning Metamorphoses.

In celebration of the 50th anniversary of the founding of CCM’s Dance program, the 2013-14 Mainstage Series also includes a lavish production of the beloved romantic ballet Giselle.

This year’s must-see Mainstage Series features seven fully staged works guaranteed to fill audiences with delight, with performances scheduled from Oct. 2, 2013, through April 19, 2014. All performances take place in the Corbett Center for the Performing Arts on the University of Cincinnati campus.

Production and ticketing details are below. Priority subscription packages go on sale May 2013. Single tickets become available in August, but subscribing is the only way to guarantee your seats for these must-see shows!

Visit ccm.uc.edu/boxoffice/subscribe.html to register for CCM’s mailing list, and the Box Office will provide you with additional information on this year’s subscription options. 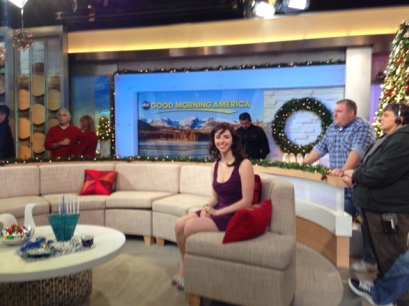 CityBeat’s Rick Pender featured the video on his blog last month – you can read his original post here – and Gentile has since been featured on Good Morning America in support of the video! Experience “The Stanley Steemer Variations” for yourself after the jump! 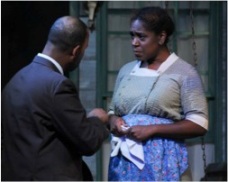 CCM alumna Torie Wiggins in Cincinnati Shakespeare’s production of ‘To Kill a Mockingbird.’

This fall, visit any stage in Cincinnati to enjoy season opening theatre productions and you will have the chance to see the talents of current and former CCM Drama students!

Audience members will have the opportunity to customize their theater-going experience by choosing to watch up to four different productions, which are performed simultaneously and in non-traditional spaces throughout CCM’s Corbett Center for the Performing Arts. Learn more about each of these new, student-created works after the jump! 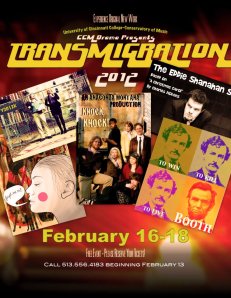 The 2012 TRANSMIGRATION Festival, running Feb. 16-18 at UC's College-Conservatory of Music.

CCM Drama students continue to learn what it takes to produce their own theatre pieces as they prepare for the 2012 TRANSMIGRATION Festival of Student-Created New Works taking place Feb. 16-18 throughout CCM Village.

The fourth-annual festival allows the audience to sample half-hour works produced by small groups of drama majors, who create all aspects of their productions from start to finish. Admission to the festival is free, but reservations are required.

Running Feb. 17 – 19, this year’s TRANSMIGRATION festival will feature The Casablanca Complex by Project: Theatre Project, Plugged In by As Seen on TV, The Network by The Conscious Collective, KBLB – The Bloob by Pan-Atlantic Theatre Ensemble, In Limbic by Scarlet Fever Productions and Labeled by Society.

Audience members will have the opportunity to customize their theater-going experience by choosing to watch up to four different productions, which are performed simultaneously and in non-traditional spaces throughout CCM’s Corbett Center for the Performing Arts. Learn  more about each of these new, student-created works after the jump!

CCM Drama students continue to learn what it takes to produce their own theatre pieces as they prepare for the 2011 TRANSMIGRATION: A Festival of Student-Created New Works taking place February 17-19 throughout CCM Village. Tickets become available a 12 p.m. next Monday, Feb. 14. The third-annual festival allows the audience to sample four different 30-minute vignettes produced by small groups of Drama majors, who create all aspects of their productions from start to finish.