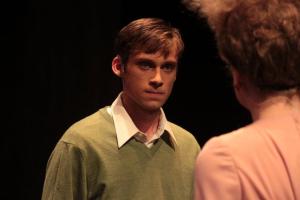 Ty Olwin has had a busy and successful career since he graduated from CCM with a BFA in Drama in 2013. He has appeared in plays, television shows, and will soon co-star with actress Kristen Stewart in Personal Shopper, an international film about a ghost story that takes place in the fashion underworld of Paris.

Personal Shopper is set to appear in the Cannes Film Festival in France May 11-22. Olwin, 25, was cast to play Stewart’s boyfriend, Gary, in the film. The film reunites Stewart with French Director, Oliver Assayas — the two worked together in Assayas’ Clouds of Sils Maria (2014). Stewart became the first American actress to win a Cesar award for her role in Clouds of Sils Maria, which went on to receive five additional Ceasar nominations.

Olwin is a Chicago-based actor who has made his mark in the Steppenwolf Theatre Company’s productions of Lord of the Flies, East of Eden and Russian Transport. He has also appeared in Brilliant Adventures at Steep Theatre Company, Season on the Line at The House Theatre of Chicago, and the Raven Theatre’s production of Tennessee Williams’ Vieux Carre. In addition, Ty has landed guest starring roles on Crisis and Chicago Fire on NBC.

While enrolled at CCM, Olwin was recognized by the League of Cincinnati Theatres with an award for Leading Actor in a Play for his role in the conservatory’s production of Coram Boy. As a sophomore, he earned an Acclaim Award nomination for his role in CCM’s production of Red Light Winter. Olwin’s other CCM credits include The Three Sisters, Picnic, A Midsummer Night’s Dream, and The Time of Your Life.

Most recently, he has worked with playwright Rebecca Gilman and Director Robert Falls in a new play Soups, Stews and Casseroles: 1976, which will run from May 21- June 19 at the Goodman Theatre in Chicago. The play examines workers’ rights and the effects of big business on small town lives. 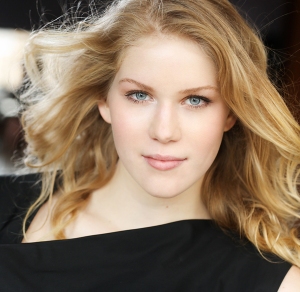 We are thrilled to report that CCM alumna Ellie Jameson (BFA Dramatic Performance, 2013) appears in a guest starring role as Detective Carpenter on the CBS police-procedural television program Criminal Minds at 9/8c this Wednesday, Nov. 5. The episode is called “If the Shoe Fits.”

Jameson lives in Los Angeles and appeared in productions of Red Light Winter, Arcadia, The Time of Your Life, Coram Boy and The Matchmaker while at CCM.

She was named a Rising Star by the League of Cincinnati Theatres for her body of work while in Cincinnati. She also appeared in the 2009 feature film The World’s Greatest Dad with Robin Williams. 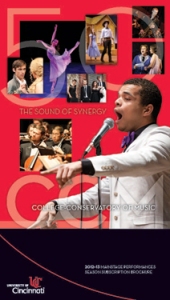 Download a digital copy of this year’s season brochure today. Physical copies are also available at the CCM Box Office. 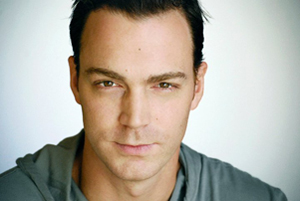 CCM’s Department of Drama presents the 2012 Senior Showcase at 2 and 7 p.m. on Wednesday, March 28, in CCM’s Patricia Corbett Theater.

Graduating seniors in CCM’s drama program will present a variety of monologues and scenes to demonstrate the depth and breadth of their acting skills, honed during their undergraduate training at CCM. The performance is a local preview before the students travel to New York and Los Angeles, where they will present the showcase for agents and casting directors.

Congratulations to Ty Olwin, who has been recognized by the League of Cincinnati Theatres (LCT) with an award for Leading Actor in a Play for his role in CCM’s production of Coram Boy. The epic thriller, written by Helen Edmundson and based on a young adult novel by Jamila Gavin, recently launched the school’s 2011-12 Mainstage Series. 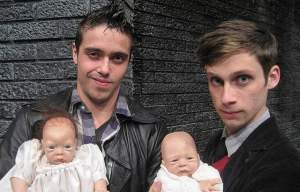 Claron Haydon as Otis Gardiner and Ty Olwin as Alexander in 'Coram Boy.'

The reviews are in and the Enquirer‘s Jackie Demaline calls CCM’s Coram Boy “an enormous success for director Richard Hess and his company.” Read her full review here.

You have four more chances to experience what Demaline calls “the theatrical near-symphony that is Coram Boy.” The epic drama runs through Sunday, Oct. 30, in Patricia Corbett Theater.

With a cast of over 30 actors, an on-stage chorus featuring 16 singers from Cincinnati Children’s Choir, a fight on a slave ship and a drowning in the Thames, Coram Boy kicks off CCM’s 2011-12 Mainstage Series in epic fashion.

Tickets are still available for this fascinating intertwining of drama and music, which runs through Oct. 30 in Patricia Corbett Theater.

You can read the Enquirer‘s preview of the show here.

Director Richard E. Hess discussed CCM’s Mainstage Series-opening title Coram Boy with Jim Stump on this past Sunday’s installment of WVXU’s Around Cincinnati. You can listen to the full discussion here. 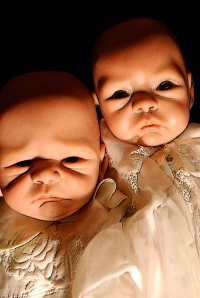 CCM launches its 2011-12 Mainstage Series with a powerful tale of a bygone era, Helen Edmundson’s Coram Boy. This fascinating intertwining of drama and music runs from Oct. 26 (preview) through Oct. 30 in Patricia Corbett Theater on the University of Cincinnati campus. 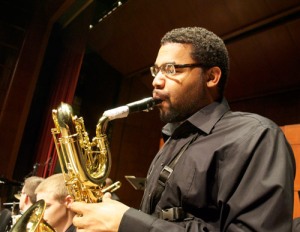 Download a digital copy of our Fall Quarterly Calendar of Events today!

Whether it’s a swinging tribute to Frank Sinatra, a festival showcasing the talents of two Russian powerhouse composers, the regional premiere of a drama co-produced with The Carnegie Visual and Performing Arts Center, a world premiere produced in partnership with Cincinnati Opera, a revival of Rodgers and Hammerstein’s beloved Oklahoma! or a holiday-themed choral extravaganza, CCM’s fall schedule of performing arts events offers dozens of opportunities to be mesmerized and delighted.

How many Theatre Design and Production students, faculty and staff does it take to build a Broadway-caliber musical at CCM? Watch the load in for the CCMONSTAGE Musical "Xanadu", which runs Oct. 21-24 and Oct. 28-31, 2021 at CCM's Corbett Auditorium.
Happy first day of classes to all of our #CCMstars! Celebrate the start of the school year by watching the Essentially Ellington Gala concert stream at 7:30 p.m. this Wednesday! Streaming online on CCM’s website, YouTube channel and Facebook page. Link in bio.
#Repost from @uofcincy
Are you ready to apply to UC? In celebration of applications opening for fall 2022, UC is waiving the application fee for all undergraduate students that submit their application on Sunday, Aug. 1. To get started, visit uc.edu/apply #bearcatsbound
Let’s welcome Matt JC Welsh, an incoming orchestral conducting student from Atlanta, GA! #CCMwelcome21
Cincinnati has many amazing murals, but one of our favorites is right here in CCM. Located in the main stairway in CCM’s Mary Emery Hall is a mural originally designed by DAAP alum Lori Seibert. It was originally on display in the CCM Café (which is now Starbucks). The mural was reinstalled to help celebrate CCM’s 150th anniversary in 2017-18.
Give a warm welcome to Emily Grace Jordan, an incoming Jazz Studies student! #CCMwelcome21
ICYMI CCM and Cincinnati Playhouse in the Park partnered to share new audio plays for theatre lovers everywhere! Listen on the CCM website or Playhouse’s website (cincyplay.com)
Let’s welcome incoming Music Education student Mason Deitsch! #CCMwelcome21
#CCMstars Victoria Okafor (MM Voice, ‘21) and Max Chernin (BFA Musical Theatre, ‘12) compete in the final round of the Lotte Lenya Competition on August 28!! They were chosen to advance to the final round of 15 vocalists out of a record applicant pool of more than 500 singers!
Welcome incoming Musicology student Jerika O’Connor Hayes! #CCMwelcome21
“Hope After Hate” shares a story of struggle and survival during the Holocaust with lessons to inspire action against acts of hatred and bigotry today. Watch the play on CCM’s website and YouTube channel (link in bio).
Let’s welcome incoming Double Bass student Brooks Taylor! #CCMwelcome21
Welcome incoming Lighting Design and Technology student, Baron Leon!!
CCM Commercial Music Production alum Bryard Huggins recently released a new album to celebrate the 10th anniversary of his debut record. Featuring contemporary jazz, smooth jazz and jazz fusion, the new album shares 9 new songs — and a cover of Selena’s hit “I Could Fall In Love!”
CCM VILLAGE NEWS ARCHIVES
Blog at WordPress.com.
Loading Comments...
%d bloggers like this: