Four UC College-Conservatory of Music alumni will compete in the Semi-Final round of the 2017 Metropolitan Opera National Council Auditions, which will take place in New York on Sunday, March 12.

The prestigious competition for young singers has four rounds: District, Regional, Semi-Final and Final. Ten of the semi-finalists will move on to the final round, where five of them will be pronounced winners. Each winner receives $15,000, and the other finalists receive $5,000 each. This year’s final round will take place on Sunday, March 19 on the stage of the Met Opera. 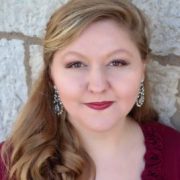 Known for her “keen expression and impressive delivery” (Music in Cincinnati), soprano Jessica Faselt hails from Iowa. Faselt completed her master’s degree at CCM, where she was the recipient of the Corbett Award, and she earned her Bachelor of Music from the University of Iowa. Faselt has sung with the Institute for Young Dramatic Voices, studying with mezzo-soprano Dolora Zajick, and will return there in 2017. She was a Gerdine Young Artist with Opera Theatre of Saint Louis in 2015 and was engaged there in 2016 to cover the role of Ariadne in Ariadne auf Naxos. Other roles include: Fiordiligi in Così fan tutte, Hanna in The Merry Widow, Rosalinda in Die Fledermaus, Vitellia in La Clemenza di Tito and Mrs. Grose in The Turn of the Screw. 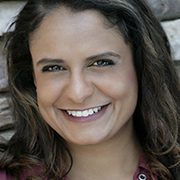 Soprano Summer Hassan is a member of LA Opera’s Domingo-Colburn-Stein Young Artist Program. She made her company debut in 2014 as the Second Lady in Dido and Aeneas and returned as the Ghost Quartet Soprano in The Ghosts of Versailles in 2015. Her LA Opera appearances in the 2015/16 season include the Second Lady in The Magic Flute.  Recent performances include Rossini’s Petite Messe Solennelle under the baton of Placido Domingo, as well as Barber’s Knoxville: Summer of 1915 and Strauss’s Four Last Songs with the Colburn Orchestra. She was featured as Musetta in Wolf Trap Opera’s 2016 production of La Bohème and in recital with Steven Blier at The Barns at Wolf Trap. Ms. Hassan made her Carnegie Hall debut as Second Niece in Britten’s Peter Grimes with the St. Louis Symphony, and in 2014 she made her debut as the Second Lady in The Magic Flute with Opera Theatre of Saint Louis where she was a Gerdine Young Artist. Other roles have included Mimì in La Bohème, Betty in The Threepenny Opera and Vitellia in La Clemenza di Tito. She received her Master of Music from CCM and her Bachelor of Music from the Oberlin Conservatory. 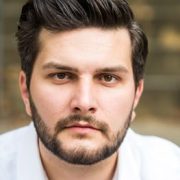 Lauded for his, “charming…robust baritone…,” Romanian-American baritone Andrew G. Manea has been continually rising to the top of the opera world at an impressively young age. Andrew’s recent roles include Marcello in La Bohème, No. 7 in Transformations, Forester in The Cunning Little Vixen, Escamillo in Carmen, Danilo in The Merry Widow and the Father in Hansel and Gretel. In a very successful 2016 season, Andrew was awarded first place and audience favorite in the Mary Jacobs Smith Singer of the Year Competition with Shreveport Opera, second place and audience favorite in the Opera Columbus Cooper-Bing International Vocal Competition, Finalist in the Jensen Foundation Vocal Competition and he was a Career Grant recipient in the Giulio Gari Foundation Competition. Continuing to rise to success, Andrew has been awarded a position as a new member of the San Francisco Opera’s Adler Fellowship program. This coming season at San Francisco Opera, he will be performing Marullo in Rigoletto, covering Marcello in La Bohème, performing Marchese d’Obigny in La Traviata, performing in a world premiere of John Adams’ Girls of the Golden West and performing a Schwabacher Debut Recital with esteemed pianist Warren Jones. Andrew holds a bachelor’s degree from the Cleveland Institute of Music and a master’s degree from the CCM, where he studied with Bill McGraw. 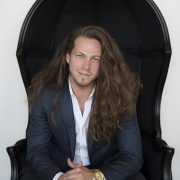 Bass-baritone Cody Quattlebaum from Ellicott City, Maryland, is currently earning a Master of Music in Voice Performance at the Juilliard School. He received his bachelor’s degree from CCM. He has performed Figaro in Le Nozze di Figaro, Lautsprecher in Der Kaiser von Atlantis, Der Fischer in Matsukaze, Melisso in Alcina and Colonel in a premier workshop of Daniel Catán’s Meet John Doe. He recently performed Guglielmo in Così fan Tutte with Merola Opera. He won the Seybold-Russell Award in the 2015 Corbett Opera competition, first place and “Audience Favorite” award at the 2016 James Toland competition and second place in the 2016 Gerda Lissner Liederkranz competition. He recently performed Claudio in Handel’s Agrippina in Alice Tully Hall and Wilson Theater in New York City. He will also perform under the baton of Maestro Michael Morgan with the Oakland Symphony next season.

For more than six decades, this competition for exceptionally talented singers from across the country has helped launch the careers of some of opera’s greatest stars, including Stephanie Blythe, Renée Fleming, Susan Graham, Thomas Hampson, Ben Heppner, Patricia Racette and Deborah Voigt — as well as, more recently, Lawrence Brownlee and Angela Meade.

The annual competition welcomes current and incoming CCM voice students to compete for scholarships and cash prizes, and a panel of judges composed of opera industry professionals selects each year’s class of prizewinners.

Jessica Faselt (Candidate – Master of Music)
From Iowa City, Iowa, studying with Amy Johnson
Prize: Full-tuition scholarship and the Corbett Award ($15,000)
The Corbett Award is supported by the Corbett Foundation in cooperation with the University of Cincinnati College-Conservatory of Music.

The following student also received an award as part of the competition:

Christian Pursell (Incoming – Master of Music)
From Aptos, Calif.
Prize: Corbett Incentive Award for new Master of Music students ($2,000)
This award is supported by the Corbett Foundation in cooperation with the University of Cincinnati College-Conservatory of Music.

About CCM Opera
The Department of Opera at CCM boasts one of the most comprehensive training programs for opera singers, coaches and directors in the United States. Students at CCM work with some of the most renowned teachers and artists active in opera today.

CCM students frequently advance to the final rounds of the Metropolitan Opera National Council Auditions. Furthermore, CCM’s Mainstage and Studio Series of Opera have received some of the National Opera Association Production Competition’s highest honors throughout the years, taking home six of the 18 non-professional prizes awarded in 2010 and four prizes in 2011. 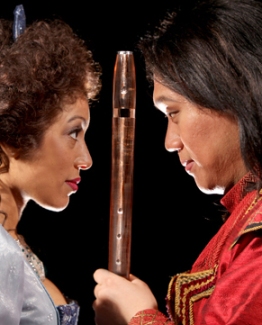 The Cincinnati Enquirer‘s Janelle Gelfand includes the opera in her round up of entertainment options for a Valentine treat here and CityBeat‘s Anne Arenstein provides a similar recommendation here.

Director Nicholas Muni discussed CCM’s Mainstage Opera Series production of Don Giovanni with Anne Arenstein on this past Sunday’s installment of WVXU’s Around Cincinnati. You can listen to the full discussion here. 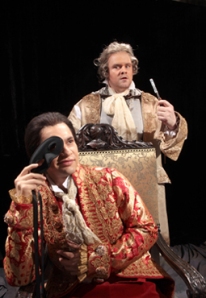 CCM opens its Mainstage opera series with one of the most performed and revered operas in the entire repertoire, Mozart’s Don Giovanni. CCM Professor of Opera and Distinguished Artist in Residence Nicholas Muni directs the talented students of CCM in this timeless tale of a philandering man, his many conquests and his ultimate condemnation. Don Giovanni runs February 9-12 in CCM’s Patricia Corbett Theater on the University of Cincinnati campus.

Note: This production features adult themes and situations and is intended for mature audiences.