You will find something for everyone on the CCM stage this weekend!

At 8 p.m. this evening (Friday, April 12), the CCM Wind Orchestra closes out its successful 2012-13 season with a survey of contemporary American composers. The eclectic program will include works by Samuel Barber, Warren Benson and more! Learn more about this performance here.

CCM welcomes acclaimed tenor Lawrence Brownlee to the stage at 8 p.m. this Saturday, April 13, for an encore performance of the program from his recent Carnegie Hall debut. Brownlee will be accompanied by composer, conductor and pianist Damien Sneed for this special performance. Learn more about this performance here.

CCM’s Jazz Ensemble and Jazz Lab Band will celebrate the impact of adjunct instructor of jazz drums and “living guru of big band drumming” John Von Ohlen with a swinging tribute concert at 4 p.m. on Sunday, April 14. Learn more about this performance here.

The concert will feature original compositions by Von Ohlen, as well as all-time classics from the great American big bands.

An Ohio native and CCM faculty member since 1985, Von Ohlen is revered for his work with Stan Kenton, Woody Herman, Rosemary Clooney, Mel Tormé, Carmen McRae and countless others. Featured in a recent profile in Modern Drummer magazine, Von Ohlen is a serious cat, and you will dig him! 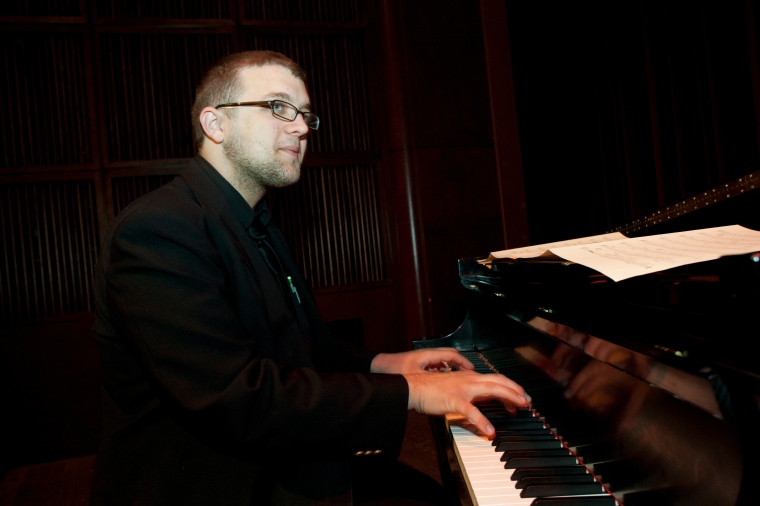 Congratulations to current CCM student Josh Jessen on his recent Soapbox Cincinnati profile! Jessen is a multi-genre oriented pianist working towards a Bachelor’s Degree in Jazz Studies at CCM.

“He’s got it all,” says CCM Adjunct Instructor of Jazz and “living guru of big band drumming” John Von Ohlen. “He can write his own ticket if that’s what he wants to do.”

You can view the entire Soapbox Cincinnati feature here.