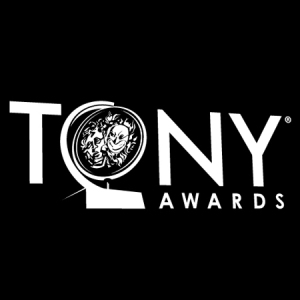 CCM alumni are involved with at least seven productions that have been nominated in the 71st Tony Awards, which air live on CBS at 8/7 central on Sunday, June 11. This year’s nominees include two Broadway musicals that were not only written by CCM alums, but also feature the work of alumni on stage.

The Tony Awards, hosted by Kevin Spacey, will be broadcast live on CBS at 8/7 central on Sunday, June 11. Find out more by visiting www.tonyawards.com/en_US/nominees/.

Winners of the League of Cincinnati Theatres’ (LCT) 2013-14 Season Awards were announced on Monday night, with CCM faculty members, students and productions taking home a number of awards, including:

Faculty member Kelly Yurko also received a Special Contribution Award for her prosthetic design for Clifton Players’ production of The Whale. Congratulations to all of this year’s winners!

Subscribe to THE VILLAGE NEWS and we will deliver these transformational stories to your inbox throughout the year. If you missed our SUMMER 2014 issue, sign up today and we’ll send you a copy!

Have a story of your own? Share it with us today.

And don’t worry: we will continue to provide you with breaking news through the CCM Blog, too!

Find out more about THE VILLAGE NEWS by visiting ccm.uc.edu/villagenews.

The League of Cincinnati Theatres (LCT) has announced the finalists for this year’s LCT Awards Celebration and we are delighted to report that CCM productions have received a staggering 23 nominations (CCM Professor Kelly Yurko and CCM student Brianna Barnes also received nods for work on non-CCM productions this year, bringing our unofficial tally up to 25 nominations)!

The annual LCT Award Celebration is designed to honor the best of Cincinnati professional theatre each season.

CCM’s 2013-14 productions of Carrie, Singin’ in the Rain, Metamorphoses, Les Misérables, The 25th Annual Putnam County Spelling Bee and Living Dead in Denmark all received nominations in at least one category.

Finalists were chosen from the nominations made by trusted panelists who saw the shows during the year. One winner from each category will be announced at the Awards Party on Monday, June 16, at Arnold’s Bar and Grill in Cincinnati.

The League of Cincinnati Theatres (LCT) has announced its 2014 Rising Star Award-recipients and this year’s winners include current and former CCM students Kaitlyn Adams, Blaine Krauss and Kevin Semancik, along with recent Xavier University graduate Patrick Phillips. Congratulations to all of this year’s winners!

All four young artists have been awarded for their exemplary contributions to local theatre courtesy of Diet Dr. Pepper and Pepsi Beverages. This year’s winners were chosen from a pool of nominees recommended by their university or a theatre they have worked for. CCM’s Matt Hill and Shaun Sutton were runners up.

Rising Stars must be under 25 years of age and are nominated for their body of work by academic and theatre personnel. The award was created to recognize talented young people who have and will contribute to professional theatre in Cincinnati and the industry at large.

This year’s committee was chaired by LCT Board Members Cathy Springfield and Kirk Sheppard. Each winner receives $1000 to help them as they continue their careers courtesy of Diet Dr. Pepper and Pepsi Beverages, facilitated by Rick Gill.

You can learn more about Kaitlyn Adams, Blaine Krauss and Kevin Semancik below!

Cincinnati audiences will get a sneak peek of an original showcase created by the 2014 graduating class from CCM’s Department of Musical Theatre during the annual “Not Famous Yet” Showcase, which runs on March 13 (Friends of CCM benefit performance) and March 15 in UC’s Patricia Corbett Theater.

The March 13 benefit performance starts at 7 p.m. and features dinner by the bite and a post-performance celebration. Tickets for this benefit event are on sale now. For tickets and additional information, click here.

The March 15 performances take place at 5 and 8 p.m. and are free, but reservations are required. Tickets for these free performances become available at noon on Monday, March 10.

The Feb. 5 – 11 issue of CityBeat is on newsstands now and we are delighted to report that the magazine’s “Love List” features CCM alumnus Drew Klein and senior musical theatre major Blaine Krauss!

A graduate of CCM’s Electronic Media program, Klein has been making a name for himself as the Contemporary Arts Center’s first-ever performance curator. You can read his full profile here.

Krauss can next be seen as Jean Valjean in CCM’s upcoming Mainstage Series production of Les Misérables, playing Feb. 27 – March 9 in Patricia Corbett Theater. You can read his full profile here.

As if that wasn’t exciting enough, Rick Pender also previews this week’s production of Metamorphoses at CCM (also in Patricia Corbett Theater) and NKU’s upcoming production of Arabian Nights, both written by Mary Zimmerman.

Speaking of her ability to jump from her recent work in New York to this holiday concert with classmates she has not seen in nearly a year, Crismon  says, “That’s what CCM teaches you – it teaches you how to multitask so that you’re able to give everything you do 100 percent.”

Read the entire profile online courtesy of the Journal Gazette.

Duke Ellington recorded The Nutcracker Suite for the Columbia label in 1960, featuring jazz interpretations of well-known melodies by Tchaikovsky.

Of collaborating with Belck, Lala says, “When he asked if I wanted to do the Nutcracker Swing with him, I jumped at the chance. It is a great opportunity for our musical theatre students to be able to dance with such a wonderful band.” View an excerpt from last year’s concert below.

CCM’s stars of tomorrow will be shining bright in a wide variety of concerts and productions running this weekend!

At 8 p.m. this Saturday, April 20, the CCM’s Chorale and Concert Orchestra join forces with a variety of special guests to present Benjamin Britten’s Spring Symphony and other works in Corbett Auditorium! Learn more about this performance here.

CCM’s annual celebration of the art of the piano returns at 7 p.m. this Sunday, April 21, as Pianopalooza VIII showcases our most spectacular student pianists! Learn more about this performance here.