Peter Landgren, dean and Thomas James Kelly professor of music at the University of Cincinnati College-Conservatory of Music (CCM), has appointed leading Broadway producer Kevin McCollum to the position of Distinguished Visiting Professor. McCollum’s initial appointment will be for three years and will become effective in August of 2015. 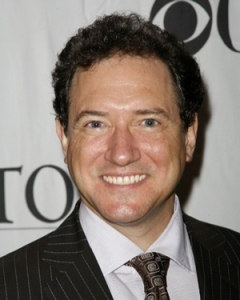 A distinguished alumnus of the University of Cincinnati, McCollum (BFA Musical Theatre, 1984; HonDoc, 2005) is the Tony Award-winning producer of Rent, Avenue Q, In the Heights, Motown the Musical and many other acclaimed Broadway, Off-Broadway and touring productions. Earlier this spring, McCollum received two more Tony nominations for his current productions of Something Rotten! (Best Musical) and Hand to God (Best Play). He also received 12 Outer Critics Circle Award nominations, including Outstanding New Broadway Musical, and nine Drama Desk nominations, including Outstanding Musical.

As a Distinguished Visiting Professor at CCM, McCollum’s influence on the college’s students and programs will be broad, focusing his work on musical theatre, although his entrepreneurial expertise will also be applied to aspects of auditioning, career development, arts administration and more.

Through this new appointment, McCollum will also work with faculty and administrators to develop a new musical theatre incubator program at CCM. A collaborative venture between CCM and Alchemation, McCollum’s Broadway producing office, this incubator will be designed to support the creation of new musical theatre works, utilizing McCollum’s entrepreneurial expertise and CCM’s abundance of talent.

“We are very excited to bring Kevin back to CCM as a member of our faculty,” says Dean Landgren. “Kevin is arguably the most accomplished and successful producer working in theatre today. Given his diverse background and his proven expertise in the business of the performing arts, his presence on our faculty will enhance the already world-class training that our students receive.”

“CCM was an essential part of my professional training and I am thrilled to return to such a top-notch institution,” says McCollum. “There are many things that attracted me to this position on CCM’s faculty; Peter Landgren’s bold leadership and openness to collaboration, the level of excellence found in the faculty, the highly accomplished young artists and the state-of-the-art facilities of my Alma Mater. I am proud to be counted amongst the internationally renowned faculty of this great institution. CCM has a longstanding commitment to presenting new works, and I am equally proud to help develop a program that will usher in the next generation of musical theatre artists.”

Speaking of the significance of an incubator program for musical theatre, Landgren explains, “Keeping with the University of Cincinnati’s proud tradition of cooperative education and experiential learning, this collaboration with Kevin and Alchemation will present our students with extraordinary opportunities to hone their craft while working to develop future theatre classics. Developing Broadway’s blockbusters-of-tomorrow with CCM’s stars-of-tomorrow is a win-win.”

Kevin McCollum (center) with CCM Musical Theatre’s Class of 2015 after his seminar at Pearl Studios in New York.

About Kevin McCollum
With a career spanning 25 years in the theatre industry, Kevin McCollum remains one of the most prolific and successful producers on Broadway today. He has received the Tony Award for Best Musical for In the Heights (2008), Avenue Q (2004) and Rent (1996), which also won the Pulitzer Prize. He produced Motown the Musical (Broadway and National Tour), The Drowsy Chaperone in 2006, which won five Tony Awards, Baz Luhrmann’s production of Puccini’s La Boheme in 2002, [title of show] in 2008, the touring and Broadway productions of Irving Berlin’s White Christmas, the off-Broadway hit De La Guarda, the recent hit revival of West Side Story and Bengal Tiger at the Baghdad Zoo.

In 1995 McCollum co-founded the Producing Office, and has since created Alchemation, a theatrical and media producing company committed to new work. In addition to his training at CCM, McCollum earned his Master’s degree in film producing from the Peter Stark Program at the University of Southern California.

In 1995, McCollum received the Robert Whitehead Award for Outstanding Commercial Theatre Producing. In 2005, he received an honorary doctorate from the University of Cincinnati. He is represented on Broadway this spring with the original musical Something Rotten! and the New American Play Hand to God. His wife is actress and fellow UC graduate Lynette Perry-McCollum (BM Musical Theatre, 1985).

About Alchemation
Founded in 2012, Alchemation is a theatre and media company under McCollum’s leadership. Productions under the Alchemation banner include Motown the Musical, Something Rotten!, Hand to God and the third season of theatrical web-series Submissions Only. In the summer of 2013, McCollum entered a joint venture with 20th Century Fox to develop titles from the Fox catalogue into stage properties.

About CCM
Nationally ranked and internationally renowned, the University of Cincinnati College- Conservatory of Music (CCM) is a preeminent institution for the performing and media arts. Declared “one of the nation’s leading conservatories” by the New York Times, CCM provides life-changing experiences within a highly creative and multidisciplinary artistic environment.

CCM’s educational roots date back to 1867, and a solid, visionary instruction has been at our core since that time. The synergy created by housing CCM within a comprehensive public university gives the college its unique character and defines its objective: to educate and inspire the whole artist and scholar for positions on the world’s stage.

CCM’s faculty and staff and its state-of-the-art facilities make possible the professional training and exceptional education on which CCM believes the future of the arts relies. The school’s roster of eminent faculty regularly receives distinguished honors for creative and scholarly work, and its alumni have achieved notable success in the performing and media arts.

More than 150 internationally recognized faculty members work with students from around the world, specializing in the areas of Composition, Musicology and Theory; Electronic Media; Ensembles and Conducting; Keyboard Studies; Music Education; Performance Studies and Theatre Arts, Production and Arts Administration.

For more information about the University of Cincinnati College-Conservatory of Music, please visit us online at ccm.uc.edu.

This evening, alumnus Kevin McCollum (’84)  returns to CCM to hold a master class for all Musical Theatre majors. McCollum will discuss the genesis of the musical Rent, which he produced on Broadway in 1996, and the film for which he served as executive producer. McCollum will also meet with the cast of CCM’s upcoming Mainstage Production of Rent this evening.