Based on the true story of convicts and captors producing Australia’s first play, “Our County’s Good” is an inspiring tribute to the transforming power of drama. Tickets on sale now.

CCM continues its Mainstage series with Timberlake Wertenbaker’s Our Country’s Good from Wednesday, Feb. 13 (preview performance) through Sunday, Feb. 17, 2019. Directed by Susan Felder, the award-winning play centers on a group of 18th-century criminals and British colonialists who explore how theatre can help rehabilitate and inspire.

Based on Thomas Keneally’s historical novel “The Playmaker,” Our Country’s Good tells the true story of Australia’s first theatrical performance in the 1780s. A British Royal Marine lieutenant decides to put on a play to celebrate the king’s birthday. He casts the play with English convicts who populate a distant Australian prison camp to remind them that “there is more to life than crime and punishment.” Few of them can read, let alone act, and the play is produced against a background of food shortages and barbaric prison punishments. CCM’s production is for mature audiences.

“The play throws wild humor up against absolute brutality,” Felder says. “We see convicts and soldiers in their daily lives — all while trying their best to produce a play.”

CCM’s production takes advantage of Patricia Corbett Theater’s wide, thrust stage to create the maze of the Australian landscape. The set creates an “edge of the world” feel, Felder says, where the set and the characters transform — sails become a tent, the sun can change into the moon and condemned convicts become aspiring actors.

Recipient of the BBC Award: West End Play of the Year, the Laurence Olivier Award, the London Evening Standard Award and the New York Drama Critics Award, Our Country’s Good is described as “a tribute to the transforming power of drama…It is heartening to find someone standing up for theatre’s unique spiritual power” (The Guardian).

CCM Acting presents Our Country’s Good on Feb. 13 (preview performance)-17, 2019 at Patricia Corbett Theater. The production will last 2 hours, including a 10-minute intermission. Tickets are on sale now through the CCM Box Office; student discounts are available.
____________________

Tickets can be purchased in person at the CCM Box Office, over the telephone at 513-556-4183 or online though our e-Box Office! Visit ccm.uc.edu/boxoffice for CCM Box Office hours and location.

OUR COUNTRY’S GOOD is produced by special arrangement with THE DRAMATIC PUBLISHING COMPANY of Woodstock, Illinois.

You can view Daoud’s coverage of the concert here and enjoy a slideshow of Purkey’s photography from the production here.

The CCM Ballet Ensemble will present its Fall Concert Nov. 30 – Dec. 2 in UC’s Patricia Corbett Theater. The concert will be a mixture of new works and restaged classics, featuring the efforts of two guest choreographers (including one recent alumnus) and a restaging by CCM’s renowned faculty. 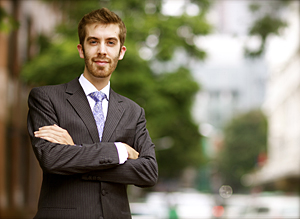 CCM Alumnus Spencer Utt spent a good deal of his time as a UC student exploring the world. Now he’s across the world, sharing the university’s strengths with prospective college students in Vietnam.

Utt is UC’s new Vietnam Country Coordinator – a full-time position in Vietnam under International Admissions – to expand the university’s reputation in Vietnam and Southeast Asia.

Our congratulations to Edward Neeman, a first year Artist Diploma student from Australia, who recently was awarded second prize in the Southern Highland International Piano Competition in Canberra, Australia.