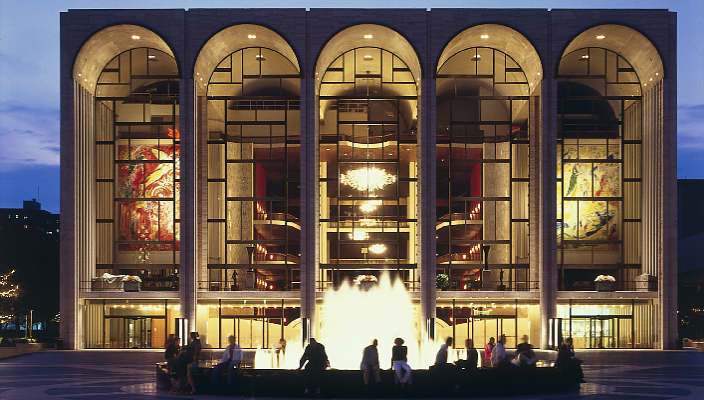 Soprano Tamara Wilson (BM Voice, 2004) recently made her Metropolitan Opera debut, singing the title role in the Met’s revival of Giuseppe Verdi’s Aida and leaving the critics gushing in the process!

In his review for the New York Times, Zachary Woolfe writes, “Ms. Wilson’s voice is most arresting in the laserlike authority of her high notes, but she softens the steel for sensitive moments, as when she dreams of escape with Radames in the third act… Her voice blooms with her palpable involvement in her own story: Her singing is urgent, her physical performance restrained yet powerful.”

Writing for New York Classical Review George Grella observes, “With a combination of unerring pitch, exacting vibrato, careful dynamics and excellent phrasing, [Wilson] let the character of Verdi’s lines speak for themselves, rather than forcing her own vocal personality onto them. Her individual presence came through with a consistent, gripping intensity that was clear with every note.”

During her time at CCM, Wilson studied with Barbara Honn.

Below, watch a featurette on Opera Australia’s 2009 production of Aida, which also featured Wilson in the title role.

Learn more about the Metropolitan Opera’s current production of Aida by visitingwww.metopera.org/opera/aida-verdi-tickets.