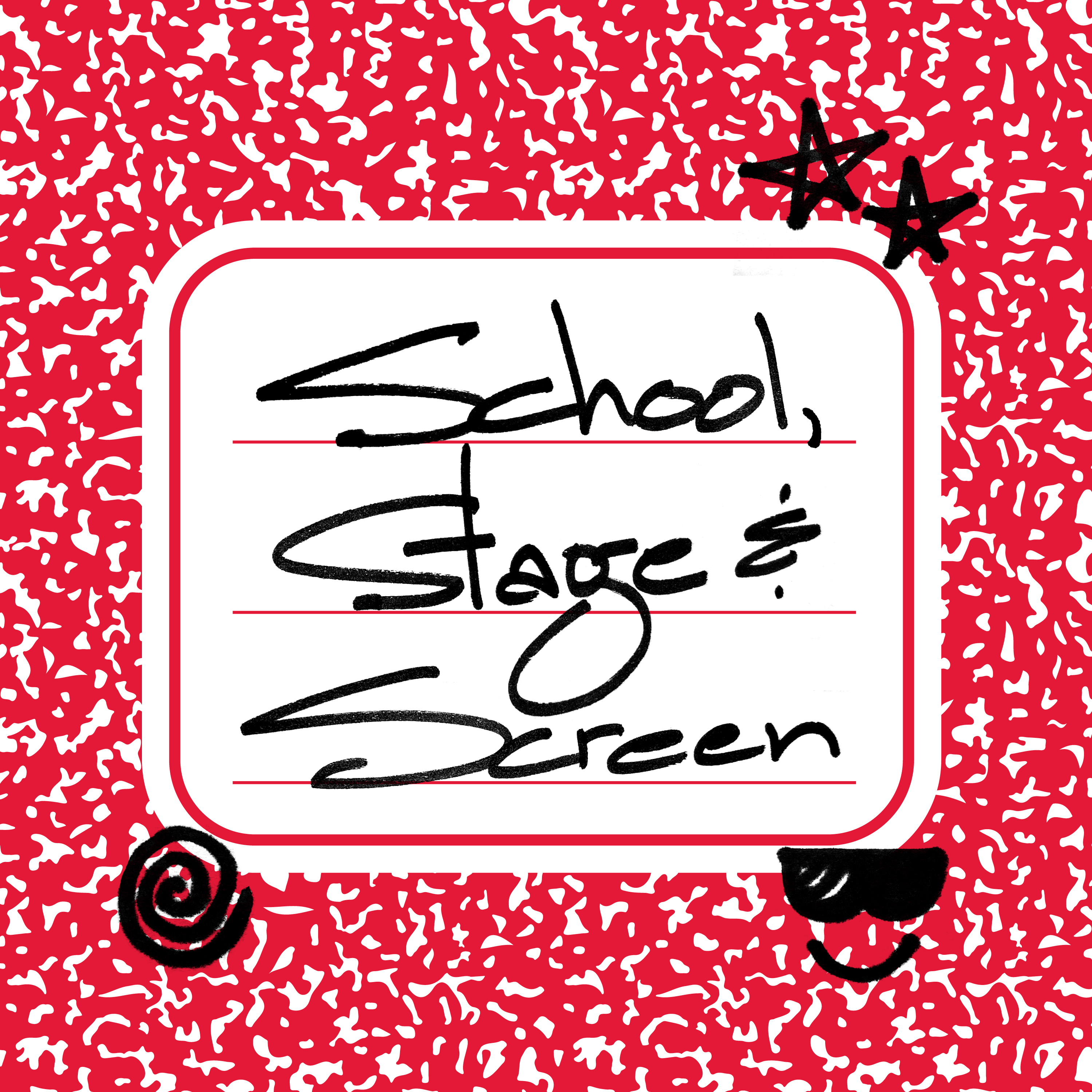 What’s it like to live the life of a jazz musician on the Vegas strip and simultaneously raise a family? Jazz trumpet extraordinaire and Lady Gaga’s band leader, Brian Newman shares how he rose to the top.   A Hyperion XIII production. Check out bonus video content with all of our guests on YouTube.   Brian’s Album “Electric Lounge” on Spotify. Brian’s Website for Show Dates. Follow Brian on Instagram.   Instagram/Facebook @schoolstagescreen Twitter: @schoolstagepod Brian on Instagram: @bleittz_delightz Dylan on TikTok: @dylanjamesmulvaney Dylan on Instagram @dylanmulvaney Edited: Blake Hawk Throughline Media Song by: Ryan Fine  Show art: Graff Designs To learn more about the UC College-Conservatory of Music, visit ccm.uc.edu

“School, Stage & Screen” is an exciting new podcast that focuses on success stories and fantastic failures from the entertainment industry. Separated by two decades of life experience, producer Brian J. Leitten (BFA E-Media, ’02) and Broadway performer Dylan Mulvaney (BFA Musical Theatre, ’19) delve into the differences between college and the real world with other CCM alumni like Diana Maria Riva (actor from Netflix’s Dead To Me), Andrea Stilgenbauer (producer of Kidding and The Affair on Showtime) and Brian Newman (Jazz Musician and Bandleader/Arranger for Lady Gaga’s Vegas Residency “Jazz & Piano Show”).

A mixture of Jimmy Fallon meets TED Talks, the podcast is an exploration of transformative moments that will enlighten current students and graduates who dream of using their creativity to jump start their career.

The podcast is available wherever you listen to podcasts, including Apple Podcasts, Spotify, Deezer, TuneIn, Stitcher and the CCM website.

With support from CCM, “School, Stage & Screen” is developed by Hyperion XIII Productions, co-hosted by Leitten and Mulvaney, edited by Blake Hawk (BFA E-Media, ’12) and executive produced by Robin Hopkins. Learn more about the creators in their bios below. The series features music by Ryan Fine (BM Commercial Music Production, ’17).

Brian J. Leitten is an Emmy award-winning director and producer specializing in music and documentary film. His production company, Hyperion XIII, has spent the last decade at the forefront of filming expedition races and wilderness content.  In 2012 Brian became the Director of Production at Vevo, developing new programs for artists to showcase their personalities. Prior to Vevo he produced and directed MTV’s “Made”, which gave high school students the opportunity to realize their dreams through hard work, dedication and a lot of dancing.

In 2012, Brian founded the Emmy-nominated Production Master Class at the University of Cincinnati and has been teaching documentary studies to the next generation of storytellers. In 2014 the PMC took home the top honors at the Broadcast Education Association Awards and received an Emmy nomination in June 2015. In 2017, their documentary film, Expedition Alaska, won Best Northwest Feature at the Spokane International Film Festival and the President’s Award at the DocUtah International Documentary Film Festival. For his dedication to the ever-changing classroom experience, Brian received the prestigious “Outstanding Young Alumni Award” from the University of Cincinnati in 2014 and the “Outstanding Alumni Award” from the Electronic Media Division in 2019.

Dylan Mulvaney (they/them) is a non-binary actor and content creator living in Southern California. After graduating in 2019 from the BFA Musical Theatre program at CCM, they joined The Book of Mormon National Tour playing Elder White for 9 months, until COVID-19 struck. Other theatre credits: The Old Globe, Cygnet Theatre, Joe’s Pub, Moonlight Stage, and Diversionary Theatre, where they won the Stage Scene LA award for Best Actor in BARE: a Pop Opera. They have spent the past 8 years leading the musical Living Over the Rainbow in various workshops including NYC, LA, and Dallas, with hopes to play the show to an audience in late 2021. In pandemic times, Dylan joined tik tok and has had multiple viral videos, soon to hit 50 million views. They are currently writing, producing, and developing their own content in Los Angeles. They hope to spread joy and some laughter in 2021 and beyond.

Robin Hopkins is an award-winning actor, writer, producer, and podcast host. Her acting and writing credits include Boardwalk Empire, Louie, Hindsight, Mi America, VH1’s Big Morning Buzz Live and Divas, MTV’s Teen Mom Reunion Special and O Music Awards. Robin was the Executive Producer for the Amy Schumer podcast: 3 Girls, 1 Keith, and is currently the co-host of the popular People’s Choice award-winning podcast If These Ovaries Could Talk where she chats weekly with LGBTQ families, highlighting, normalizing, and lifting them up for all the world to see. She is also the co-author of the book “If These Ovaries Could Talk: The Things We’ve Learned About Making an LGBTQ Family.” Learn more at ovariestalk.com and robinhopkins.org

Blake Hawk is a screenwriter and editor, having worked since 2017 as a writer and script consultant for companies such as Boulderlight Pictures, Utopia and independent producers and directors. Blake first worked as the Lead Editor for SpinMedia, overseeing their collective brands including Vibe Magazine, Spin Magazine, Pure Volume, Celebuzz, and more. Going freelance in 2014, Blake has worked on projects for Nike, Pepsi, JCPenney, Beats by Dre, IvyPark/Parkwood Entertainment, Spotify, Dr. Oz, TVG Network, Fullscreen, Warner Brothers, Netflix, Interscope Records, as well as an award-winning campaign for Herbal Essences.