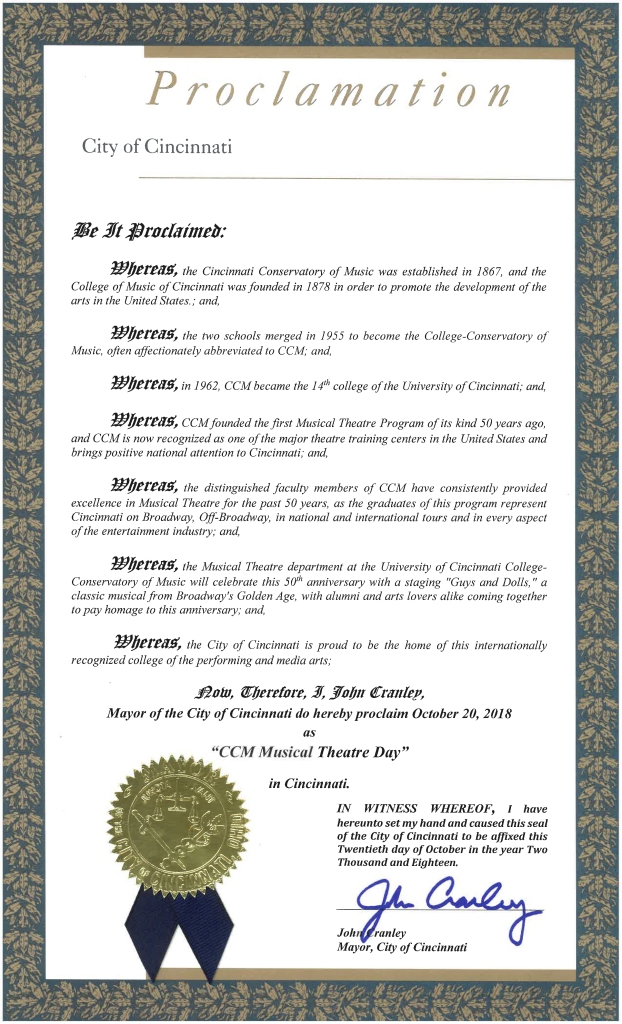 In an official proclamation, Cincinnati Mayor John Cranley has declared Oct. 20, 2018, as “CCM Musical Theatre Day” in honor of the program’s 50th anniversary.

The City of Cincinnati has officially declared Saturday, Oct. 20, 2018, as “CCM Musical Theatre Day” in honor of the 50th anniversary of the founding of the University of Cincinnati College-Conservatory of Music’s legendary BFA program in musical theatre!

CCM commemorates this milestone with a special gala performance of Guys and Dolls on the evening of Oct. 20. Arts lovers are invited to get “all dolled up” for a 7-9:30 p.m. performance of the Broadway classic in CCM’s newly-renovated Corbett Auditorium and then enjoy the Guys and Dolls-themed “Saints and Sinners Bash” afterparty in the Great Hall of UC’s Tangeman University Center! 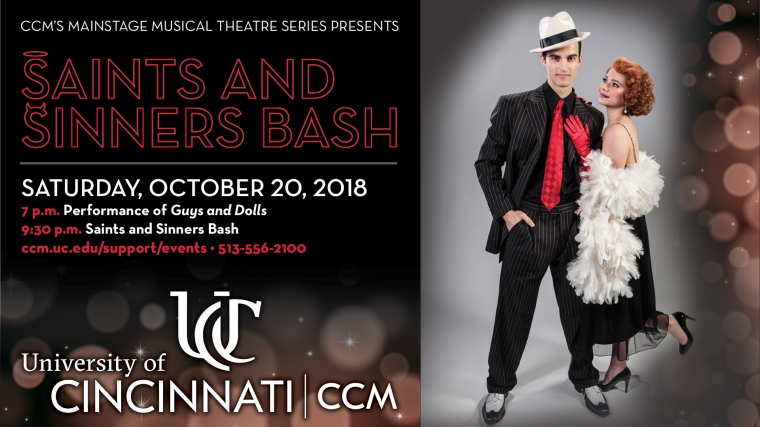