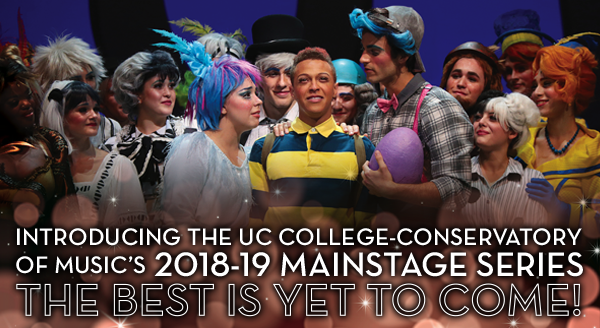 Audiences recently declared CCM “Best of Cincinnati,” but the best is yet to come with CCM’s 2018-19 Mainstage Series! New subscriptions are on sale now for CCM’s eight-part series of Acting, Dance, Musical Theatre and Opera productions.

Running from October 2018 through April 2019, CCM presents eight masterworks spanning the spectrum of theatre arts, including the best of comedic and dramatic acting, classic and contemporary musicals, great operas from master composers and innovative dance programs … all featuring CCM’s stars-of-tomorrow!

With new streamlined subscription packages, it’s never been easier to get the best tickets at the season’s best prices. Subscriptions are on sale now! Place your priority subscription order by Friday, Aug. 31, 2018, to take advantage of Subscriber-Only Week (Sept. 4-7, 2018).

To order subscriptions, download the new subscription order form or contact the CCM Box Office at 513-556-4183 or boxoff@uc.edu.

When the locals in a small Russian hamlet learn that an undercover government inspector is coming for a surprise visit, a case of mistaken identity sends the whole village spiraling into a world of panic and greed. Part farce, part slapstick and wholly entertaining, this timely and spirited adaptation of Nikolai Gogol’s classic play exposes the corruption of a provincial town with biting hilarity.

GUYS AND DOLLS
A Musical Fable of Broadway
Based on a Story and Characters of Damon Runyon
Music and Lyrics by Frank Loesser
Book by Jo Swerling and Abe Burrows
Diane Lala, director and choreographer
Roger Grodsky, musical director

Set in Damon Runyon’s mythical New York City, Guys and Dolls is the perfect musical comedy and a “golden oldie” from the Broadway season of 1950. Nathan Detroit is a gambler trying to find the cash to set up the biggest craps game in town while the authorities breathe down his neck. Meanwhile, his girlfriend and nightclub performer, Adelaide, laments that they’ve been engaged for 14 years. Nathan turns to fellow gambler Sky Masterson for the dough, and Sky ends up chasing straight-laced missionary Sarah Brown as a result. Guys and Dolls takes us from the heart of Times Square to the cafés of Havana, Cuba and even into the sewers of New York City, but eventually everyone ends up right where they belong.

THE TURN OF THE SCREW
Music by Benjamin Britten
Libretto by Myfanwy Piper, after a story by Henry James
Aik Khai Pung, conductor
Vince DeGeorge, director

Based on Henry James’ classic ghost-story novella, Britten’s compelling chamber opera presents the story of a governess charged with the care of two orphaned children at their absentee uncle’s country estate, where the ghosts of a former valet and his lover haunt the grounds. With a blend of 12-tone techniques, arresting motifs and stirring lyricism, the action moves with incredible fluidity, creating a chilling tale of sexual repression and the corruption of innocence. For mature audiences.

CCM Dance showcases an array of classic and contemporary works restaged and choreographed by CCM Dance faculty members. The thrilling highlight of the evening is Birthday Variations, set to music by Giuseppe Verdi and staged by guest artist Nicole Duffy Robertson, a répétiteur for the Gerald Arpino Foundation. The performance of Birthday Variations, an Arpino ballet, is presented with the permission of the Gerald Arpino Foundation and has been produced in accordance with the Foundation service standards established and provided by the Foundation.

OUR COUNTRY’S GOOD
By Timberlake Wertenbaker
Based on the novel The Playmaker by Thomas Keneally
Susan Felder, director

Set in Botany Bay in 1789, Our Country’s Good is a darkly comedic tale based on the true story of Australia’s first theatrical performance. A marine lieutenant decides to put on a play to celebrate the king’s birthday. He casts the play with convicts who populate an Australian prison camp. Few of them can read, let alone act, and the play is produced against a background of food shortages and barbaric prison punishments. Our Country’s Good is as an inspiring tribute to the transforming power of drama. For mature audiences.

Based on the Victor Hugo novel and songs from the Disney animated feature, The Hunchback of Notre Dame begins as bells sound through the famed cathedral in fifteenth-century Paris. Quasimodo, the deformed bell-ringer, observes all of Paris reveling in the Feast of Fools, but he is held captive by his devious caretaker, the archdeacon Dom Claude Frollo. He escapes for the day and joins the boisterous crowd, only to be treated cruelly by all but the beautiful gypsy, Esmeralda. Quasimodo isn’t the only one captivated by her free spirit, though — the handsome Captain Phoebus and Frollo are equally enthralled. As the three vie for her attention, Frollo embarks on a mission to destroy the gypsies and it’s up to Quasimodo to save them all. The musical premiered as Der Glöckner von Notre Dame in 1999 in Berlin.

Mozart’s last opera seria displays some of his most memorable and marvelous arias! The story centers on Roman emperor Titus (Tito) who must choose a wife, but is unable to find a suitable match. In his search for an empress, Tito narrowly avoids an assassination plot instigated by his protégé Sesto and the former emperor’s daughter, Vitellia, who wants the throne for herself. Caught between his duty and his heart, the emperor must choose whether to rule with mercy or with an iron fist. 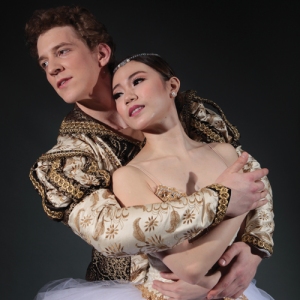 Celebrate spring’s arrival with a fully staged fairytale ballet choreographed by guest artist Karen Russo Burke, Artistic Director of the Dayton Ballet. A poor girl wishes to escape the authoritarian rule of her evil stepmother and stepsisters, so her fairy godmother gives her a ticket to the ball! The girl meets Prince Charming and they fall in love, but she vanishes when the clock strikes midnight. Set to music by Sergei Prokofiev, Cinderella is known for its jubilant melodies, lush scenery and graceful retelling of the timeless romance by Charles Perrault.

Mainstage Series Subscriptions
The 2018-19 CCM Mainstage Series of Acting, Musical Theatre, Opera and Dance productions includes subscription packages for combinations of Eight Shows, Six Shows, Four Shows or Three Shows. Newly streamlined subscription packages make this process easier than ever before. Simply choose your shows and select whether you want seats in Section A (the best views) or Section B (the lowest prices)!

Subscription packages are on sale now, with packages ranging in price from $81-$192.

Single tickets go on sale beginning Sept. 10, 2018, but subscribing is the only way to guarantee your seats and your savings for CCM’s Mainstage Series!

To order subscriptions, download the new subscription order form or contact the CCM Box Office at 513-556-4183 or boxoff@uc.edu.