The prestigious competition for young singers has four rounds: District, Regional, Semi-Final and Final. Ten of the semi-finalists were chosen to compete in the final round, where five of them will be pronounced winners. Each winner receives $15,000, and the other finalists receive $5,000 each.

CCM alumni and students frequently advance to the final rounds of the Met’s National Council Auditions. In 2017, four CCM alumni competed in the semi-finals, including Faselt; Summer Hassan, soprano (MM Voice, 2014); Andrew Manea, baritone (MM Voice, 2016); and Cody Quattlebaum, bass-baritone (BM Voice, 2015) — who was chosen as a finalist in the national competition.

In addition to Faselt, CCM Artist Diploma in Opera Performance student Brandon Russell was also a semi-finalist in this year’s Met’s National Council Auditions. He competed in the semi-final round on April 22, and was awarded $1,500.

Faselt will compete against some of the top young singers in the country this Sunday, April 29, on the stage of the Met Opera. Read more about her on her professional website and in the bio below: 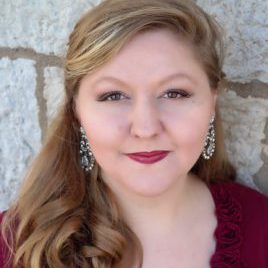 American soprano, Jessica Faselt, is gaining stature as a promising young professional with an exciting voice. Jessica is known for her “keen expression and impressive delivery” in performance (Music in Cincinnati).

Faselt was a Studio Artist with the Florida Grand Opera in Miami for its 2017-18 season covering the roles of Salome in Richard Strauss’s Salome and Florencia in Daniel Catán’s Florencia en el Amazonas.

​She was an Emerging Young Artist with the Institute for Young Dramatic Voices in Reno, Nevada, where she studied with internationally-acclaimed mezzo-soprano, Dolora Zajick in the summers of 2016 and 2017.

She was a Gerdine Young Artist with Opera Theatre of Saint Louis in the summer of 2015 and was again engaged with the company in the summer of 2016, covering the title role of Ariadne in Strauss’ Ariadne auf Naxos. In Opera Theatre of Saint Louis’ 2nd annual Center Stage Concert of 2016, Faselt sang Donna Anna in the first act duet of Don Giovanni and The Marschallin in Strauss’ famous trio of Der Rosenkavalier with the Saint Louis Symphony Orchestra, under the baton of conductor Stephen Lord.

She performed the role of Fiordiligi in Così fan tutte at the McAninch Arts Center in Chicago with the New Philharmonic Orchestra in January 2016. Other roles performed include Hanna in The Merry Widow, Rosalinda in Die Fledermaus, Vitellia in La Clemenza di Tito and Mrs. Grose in The Turn of the Screw.

Faselt completed her masters degree at CCM where she was the recipient of the prestigious Corbett Award and received her bachelor of music from the University of Iowa with honors.

For more than six decades, this competition for exceptionally talented singers from across the country has helped launch the careers of some of opera’s greatest stars, including Stephanie Blythe, Renée Fleming, Susan Graham, Thomas Hampson, Ben Heppner, Patricia Racette and Deborah Voigt — as well as, more recently, Lawrence Brownlee and Angela Meade.