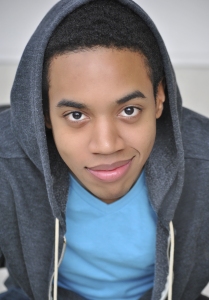 We are thrilled to report that panelists for the League of Cincinnati Theatres (LCT) have recognized featured actor (and fourth year drama major) Shaun Sutton for his work in the CCM/Carnegie co-production Boeing Boeing!

Boeing Boeing is a comic farce featuring the antics of Bernard, a playboy who has juggled his romances with three beautiful flight attendants until a change in their schedules brings them to his flat all on the same night. Panelists particularly praised Shaun Sutton’s “impressive” portrayal of Robert, Bernard’s friend: “His use of facial expressions and body really helped sell the physical comedy of the role.” You can learn more about Sutton here.

Boeing Boeing continues at the Carnegie through Sunday, Nov. 24. Tickets can be obtained online at www.thecarnegie.com.

Nominations for LCT awards will be determined and announced at the end of the season and winners awarded at the annual LCT gala in the spring.