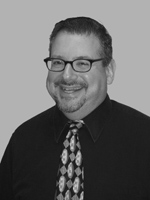 Panelists for the League of Cincinnati Theatres (LCT) have recognized CCM’s Revue Review with two LCT nominations for Direction of a Musical (Roger Grodsky with assistance from students Connor Deane, Julian Decker and Greg Kamp) and Ensemble in a Musical, as well as distinguishing it as a recommended production.

A truly American art form, the golden age of the revue heralded the emergence of American musical theatre. Around the time of World War I, revues delighted audiences with songs by the likes of Cole Porter, Richard Rodgers, Lorenz Hart, Irving Berlin, Eubie Blake, Noel Coward, the Gershwin brothers and Fats Waller. CCM’s Revue Review takes an exciting look back at these long-forgotten shows.

Panelists praised the ensemble cast for “strong voices and compelling performances’; “the best (and youngest!) group I have heard all year.” Roger Grodsky’s direction of the show (with assistance by Deane, Decker and Kamp) was described as “genius!” The show was called “a marvelous piece of theater” and “a blockbuster performance!”

Final LCT awards will be determined at the end of the season and announced at the LCT gala in the spring.

CCM’s Department of Musical Theatre returns to the stage in February and March with a Mainstage production of Kurt Weill and Bertolt Brecht’s The Threepenny Opera, directed by Robin Guarino with musical direction by Roger Grodsky and choreography by Patti James. Learn more about the production here.