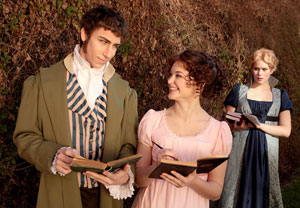 CCM’s 2011-12 Mainstage Series resumes this month with Tom Stoppard’s comedic masterpiece Arcadia, a witty play depicting past and present pursuits of knowledge and passion. This wondrous interweaving of intellectual and philosophical concepts runs from April 18 (preview) through April 22 in Patricia Corbett Theater in CCM Village.

Written by Tom Stoppard in 1993 and praised by the New York Times as the “perfect marriage of ideas and high comedy,” Arcadia is set in an English country house in both 1809 and 1993, and follows two interconnected stories. In the early 19th century, a teenage girl and her tutor question the world around them in their quest for knowledge, while present-day scholars and residents of the same house search for clues from those who lived before them, revealing common themes and thoughts of our world and the human condition. 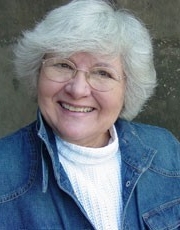 The play addresses and centers around a number of complex concepts, which add depth to the production and have taken a considerable amount of care and concentration to develop. Associate Professor of Drama and director Diane Kvapil has focused on bringing together the rich and sometimes difficult details into an intriguing and meaningful big picture. “There are all kinds of passionate discoveries in Arcadia,” says Kvapil. “It’s all there in this play, and it’s not easy to boil it down into one neat little package.”

It has taken a remarkable amount of research for those involved with the production, as the content of the play delves into such topics as iterated algorithms, Fermat’s Last Theorem, chaos theory, the history of English literature and more. “The real challenge has been learning all of the intellectual material and then making it matter and emotionally connecting with the audience,” says junior Ellie Jameson, who plays 19th century inhabitant Lady Croom. For Jameson, the experience of acting in a high-concept comedy has been eye-opening and invaluable, and she feels that all audience members will be able to enjoy and understand the final product. “There are so many golden moments, and we are having fun with these really intense concepts.”

For sophomore Sarah Vargo, who depicts Thomasina Coverly, Arcadia’s teenage mastermind heroine in 1809, the intellectual nature of the production allowed her to rediscover a former passion – mathematics. As the daughter of a math teacher who has always been enthusiastic about the subject, Vargo is extremely thrilled to play a character with such an interest in a play that so thoroughly explores the quest for knowledge both intellectual and about existence. “It’s fun to get into that side of your brain that you don’t use as much in the art world,” Vargo asserts. “You will feel something and you will learn something when you see Arcadia, and that’s what’s so great about it.”

However complicated some details of the material may be, the play is still centered around human nature and the interconnectivity of us all. “There is this energetic undercurrent that’s always in the room,” says sophomore William Brown, who plays modern-day scholar Bernard Nightingale. “Stoppard has written Arcadia to be so interwoven, and each piece is connected together like this huge jigsaw puzzle. It’s going to be a beautiful show.”

Tickets & Parking Information
Tickets to Arcadia are $29 for adults ($27 matinee), $19 for students ($17 matinee) and $11 for all audiences for the preview performance on April 18. Parking is available in the CCM Garage (at the base of Corry Boulevard off of Jefferson Avenue) and additional garages throughout the UC campus. For complete ticket and parking information, visit ccm.uc.edu or call the CCM Box Office at 513-556-4183.