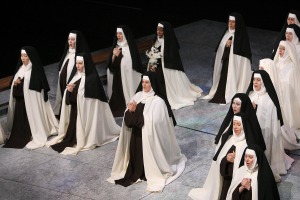 Competing productions are divided into five judging categories, based on the production budget, the size of the program and the level of vocal training of the singers in the cast.

The NOA’s Opera Production Competition is designed to encourage and reward creative, high quality opera productions in both small professional opera companies and opera training programs. This year’s production awards will be presented at the NOA’s national convention on Jan. 7, 2012.

Experience CCM Opera for yourself this winter: CCM’s Mainstage Opera Series opens in February 2012 with Mozart’s Don Giovanni, followed by the Studio Series production of The Tragedy of Carmen, a 90-minute version of Bizet’s beloved opera from the daringly innovative stage director Peter Brook, in March. You can learn more about CCM Opera here.